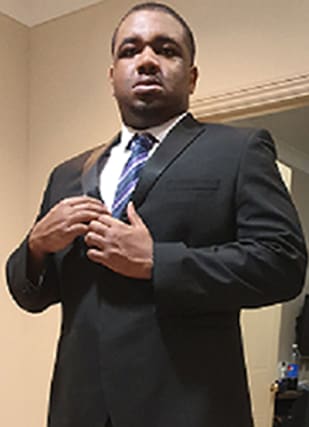 The “devastated” mother of an autistic man gunned down on his doorstep in a suspected case of mistaken identity has said he “wouldn’t hurt a fly”.

Chad Gordon, 27, was shot in the head at close range after answering his door in north London on Monday night.

Mr Gordon’s mother, Anne Marie Wilson, said: “We are devastated by what has happened, Chad wouldn’t hurt a fly, he was so gentle and caring. If anyone knows anything, then I urge them to contact the police.”

British rapper Chip also paid tribute to Mr Gordon in an Instagram post, in which he sent his “deepest condolences” to his family.

“He was disabled and autistic so would not speak much at all,” he wrote.

“Just wanted to put my public condolences out for Neighbour Hood Chad and his family.”

Armed officers went to the scene after police were called to reports that shots had been fired just after 8.20pm on Monday.

Mr Gordon was found by medics with a gunshot wound to the head, and was pronounced dead at the scene.

Scotland Yard’s Detective Chief Inspector Andy Partridge said he has been described as a “gentle giant”, and there is no reason anyone would want to hurt him.

“Chad was gunned down in his own home for no more reason that he opened his door,” he said.

“How can his family ever come to terms with such a wicked and senseless act?

“I am appealing to the community to come forward, show your support for an innocent man’s family and tell us what you know.

“At 8.20pm, the two killers arrived on a scooter dressed in black clothing and helmets and went to Chad’s home in Wiltshire Gardens.

“They rang the doorbell and upon opening the door Chad was shot almost immediately at very close range. The men then left on the scooter, travelling into Finsbury Park Avenue and then onto Hermitage Road.

“It would have still been light when the shooting took place and I’m hoping there are people out there who saw something who we’ve not yet spoken to.”