‘No 100% guarantee of Covid-19 protection in schools’, education minister says 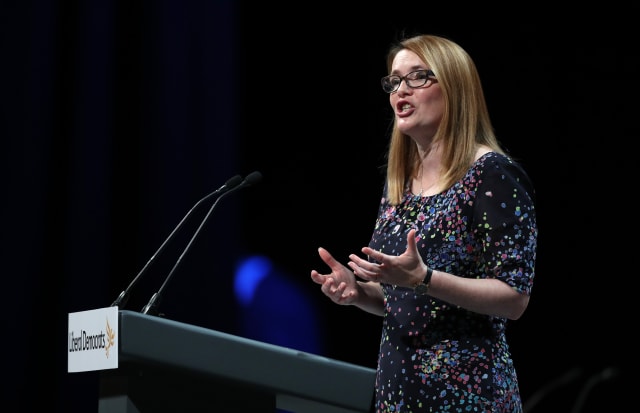 Teachers and pupils in Wales will not be able to have guarantees about their safety from coronavirus when they eventually return to the classroom, the country’s education minister has said.

Kirsty Williams said the health of those in schools was at the forefront of planning for the next phase of restarting education, but it was “impossible to give 100% guarantees”.

On Wednesday, Public Health Wales said a further 14 people have died after testing positive for Covid-19, taking the total number of deaths to 1,238, while the number of confirmed cases grew by 110 to 12,680.

At the Welsh Government’s daily press conference Ms Williams said the “health and emotional wellbeing” for adults and children in schools was “at the forefront of my mind”, but that she was unable to guarantee protection from the virus before a vaccine is found or it dies out.

“We will have to recognise that in any environment it is impossible to give 100% guarantees,” she said.

“What is incumbent upon me is that we manage those risks as much as possible and we create an environment that is safe as it possibly can be, so that we can allow more children to go back to school.

“We can’t eliminate all risk but we can our very best to minimise that risk to provide confidence and infrastructure to manage risk.”

Ms Williams again said she would refuse to set an “arbitrary date” for a return to schools, saying the Government first needed to see more evidence about the disease, as well as progress on its test, trace and protect plan.

She said she could not comment on the relationship between the teaching unions and the UK Government’s education secretary Gavin Williamson, after England became the only UK nation to set a school return date of June 1, but that she had a “very positive relationship” with the unions in Wales.

She said: “We work very closely with them because when we make a decision to go back into schools or allow more children to go back to school, the members of those unions will be the people that have to operationalise that decision and therefore we need to build confidence amongst parents but also confidence amongst the workforce that it is safe to go back.

“I will not set an arbitrary date for when more children will go back into Welsh schools.

“We also need to see the development of the test, trace and protect regime as well. That’s a crucial key part of enabling children to go back to school.”

The Welsh Government earlier published its ‘Resilience Plan for post-16 learning’, setting out how it will work with colleges, universities and training providers to support learners throughout the pandemic.

The plan, which will run until March 2021, is aimed at education for learners aged 16 and over, including further and higher education, apprenticeships, employability and adult learning.

It is divided into three phases, with the current phase including moving teaching online and cancelling A-level exams, with the hope the next stages could see some learners return to classrooms later in the year.

Elsewhere, the UK Government’s Welsh Secretary Simon Hart told BBC Radio Wales that Wales had “fallen behind” the rest of the UK in coronavirus testing.

Testing capacity in Wales is currently at 5,330, while just 1,565 tests were actually carried out across the country on Tuesday.

The Welsh Government had originally set out a testing target of 9,000 a day by the end of April before the target was scrapped.

Mr Hart said: “On this particular issue, on the testing issue, it is becoming obvious that Wales has fallen behind the other three nations.

“That just makes progress with this whole recovery process so much slower.”