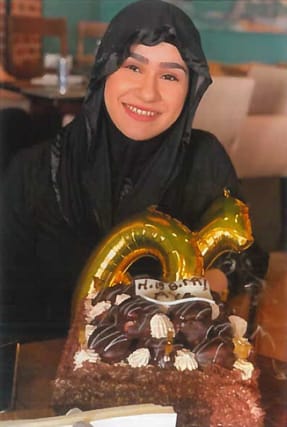 Police say they are “working round the clock” to find out who killed a law student in a drive-by shooting as they question nine people in custody.

Innocent passer-by Aya Hachem, 19, was hit by one of several shots fired from a vehicle as she walked to a supermarket near her home in Blackburn, Lancashire, on Sunday.

She died from a single wound to the chest.

Detectives have been granted an additional 36 hours by magistrates to continue questioning three men, aged 33, 36 and 39, all from Blackburn, on suspicion of her murder after their arrests on Monday.

On Wednesday, Lancashire Police said they had made eight more arrests.

Later, a woman aged 29 and a 39-year-old man, both from Blackburn, were detained in the town on suspicion of murder.

Police believe Miss Hachem was not the intended target of the attack, which took place in broad daylight on a busy main road near a Lidl supermarket in the town centre.

The Lebanese-born teenager, a second year student at the University of Salford, died in hospital a short time after emergency services were called to the scene in King Street at around 3pm.

Senior investigating officer Detective Superintendent Andy Cribbin, from Lancashire Constabulary’s force major investigation team, said: “Our inquiries are very much ongoing and we are working round the clock to find out who was responsible for Aya’s death.

“Our determination to get justice for her family remains undimmed and our thoughts are very much with Aya’s loved ones.

“I would like to thank those who have come forward to assist the investigation so far and I would continue to ask that anyone who has any information, however insignificant they may think it is, to get in touch.”

A number of people were travelling in the light green/silver Toyota Avensis from which the shots were fired close to the Lidl store.

The vehicle, with the registration number SV53 UBP, was abandoned a short time later in nearby Wellington Road and seized for forensic examination.

Any information or video footage can be sent in to us via the major incident portal at https://mipp.police.uk/operation/0401020120E05-PO1.