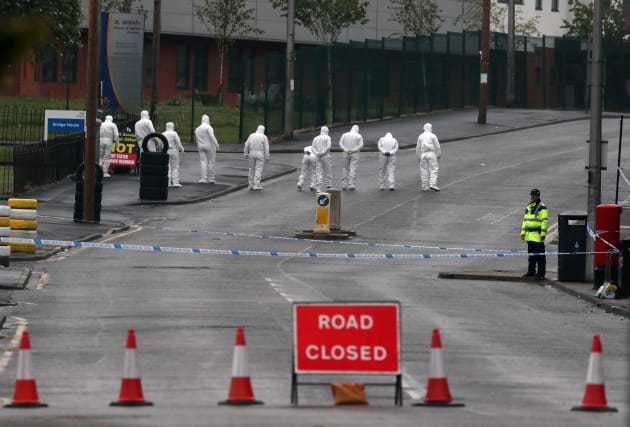 A 19-year-old law student mistakenly killed in a drive-by shooting died from a single wound to the chest.

Innocent passer-by Aya Hachem was hit by one of several shots fired from a vehicle as she walked to a supermarket near her home in Blackburn, Lancashire, on Sunday.

Three men aged 39, 33 and 36 continue to be questioned on suspicion of her murder after their arrests on Monday.

Police believe Miss Hachem was not the intended target of the broad daylight attack which took place on a busy town centre main road.

The Lebanese-born teenager, a second year student at the University of Salford, died in hospital a short time after emergency services were called to the scene in King Street at around 3pm.

On Tuesday, Lancashire Police said a post-examination showed she died from a single gunshot wound to the chest.