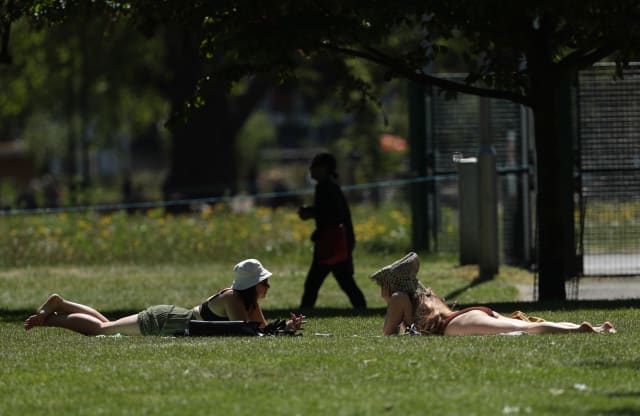 The UK has recorded its highest temperature of the year so far as people flocked to parks and beaches with lockdown measures eased.

The Met Office predicted a mild night with many places staying in double figures.

The sunshine is set to continue for most of the UK on Wednesday, with temperatures set to hit 28C (82.4F).

Met Office meteorologist Greg Dewhurst said: “There will be a bit of a grey, misty start for some first thing but that will quickly burn away.

“The vast majority of the UK will have a dry day with sunny spells, if not blue skies all day for some.”

He predicted the hottest day of the year so far, with temperatures in the 20s and highs of 28C in the London area.

There is a risk of thunderstorms on Thursday in east and south-east England as a band of rain pushes eastwards.

Mr Dewhurst predicted a windy start to the weekend with sunshine and showers for many with the weather gradually turning drier from the south on Sunday and into bank holiday Monday.