Schools should reopen as soon as safe to do so, doctors’ union says 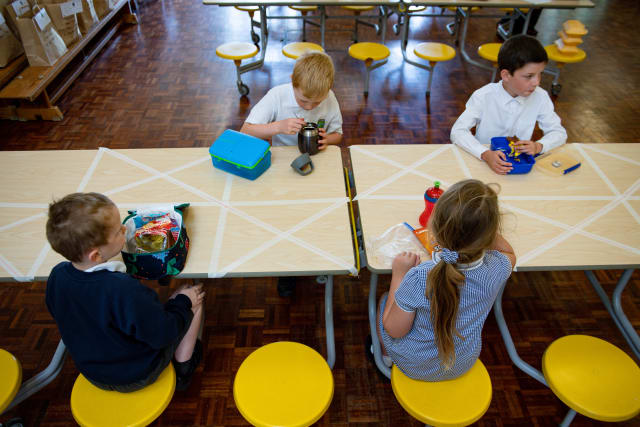 Schools should reopen “as soon as it is safe to do so”, the British Medical Association has said, despite ministers facing pressure to reconsider plans for some pupils to return to the classroom next month.

The BMA’s public health medicine committee chairman Dr Peter English said there was “growing evidence” that the risk to children from coronavirus is “extremely small” – but cautioned there is “no united view yet” on whether children can spread it.

The doctors’ union previously said the Government should not consider reopening schools in England until the case numbers are “much lower”.

Writing in the Daily Telegraph, Dr English said: “The decision about when schools should be allowed to reopen is an extremely difficult one.

“We know that the longer children are kept away from the classroom, the greater the harm to their education, life opportunities and wellbeing.

“For disadvantaged children, this harm is even greater. A focus on arbitrary dates for schools to reopen is polarising.

“The BMA wants schools to reopen as soon as it is safe to do so and the evidence allows – this could be before June 1 or after. But a zero-risk approach is not possible. This is about ‘safe’ being an acceptable level of risk.”

A number of councils have advised their schools against reopening more widely to Reception, Year 1 and Year 6 pupils from June 1 amid safety concerns.

And a poll from teachers’ union NASUWT suggested that only 5% of teachers think it will be safe for more pupils to return to school next month.

General secretary Patrick Roach said the union remains “unconvinced” that wider reopening of schools from June 1 is “appropriate or practicable”.

Deputy chief scientific adviser Professor Dame Angela McLean told the daily Downing Street press conference on Tuesday that changes to the lockdown restrictions would require an effective system for tracing new cases to be in place.

– Second World War veteran and NHS fundraiser Captain Tom Moore is to be knighted after he raised almost £33 million for health service charities by walking laps of his Bedfordshire garden.

– The Department for Health said 35,341 people have died in hospitals, care homes and the wider community with coronavirus in the UK as of 5pm on Monday, up by 545 from the day before.

– Official figures revealed benefit claims in the UK soared by more than 69% in April after the coronavirus lockdown gripped the labour market.

– The Chancellor warned the UK economy may not bounce back straight away from the massive crisis caused by the pandemic.

– More than 175 frontline health and care workers have died after contracting Covid-19.

Meanwhile, ministers sought to defend the Government’s handling of the Covid-19 spread in care homes amid accusations their pandemic planning was inadequate and focused on the NHS.

New figures suggest around 15,000 care home residents have died with the virus.

Prof Green told MPs on the Health and Social Care Committee that despite promises from ministers, there were still huge issues with testing, with results lost and staff waiting eight to 10 days to find out if they have coronavirus.

But Environment Secretary George Eustice rejected the assertion that the Government had made mistakes over its handling of care homes during the crisis.

However, he acknowledged some residents with asymptomatic coronavirus may have been discharged from hospital.

Mr Eustice told the daily Downing Street press conference: “We don’t accept the caricature that we took an approach that was wrong.

“Very early on in this epidemic, we had protocols in place for care homes, there was guidance as to how they should approach things.”