Sale of menthol cigarettes to be banned from Wednesday 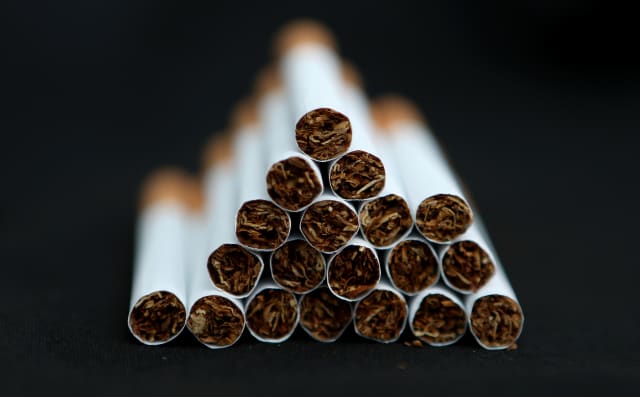 Menthol cigarettes will be banned in the UK from Wednesday as new anti-smoking laws come into force.

Smokers will be unable to purchase flavoured cigarettes and skinny cigarettes from May 20.

The move, which was announced by the Government last month, is the latest effort to deter young people from taking up smoking.

The law change, which comes as part of new EU Tobacco Product Directive laws, does not ban menthol filters, although it will be illegal to sell them packaged with cigarettes or tobacco.

Selling or manufacturing menthol cigarettes will be illegal as a result of the change, but the ban will not apply to heated tobacco or e-cigarette products.

In the US, lawmakers introduced a countrywide ban on flavoured vaping products in January amid concerns about their use by teenagers.

In the UK, it was already illegal to sell menthol cigarettes in packs of more than 20.

Deborah Arnott, chief executive of Action on Smoking and Health (ASH), said: “Menthol cigarettes are a child-friendly starter product because menthol makes it easier to smoke and to inhale the smoke deep into the lungs.

“Menthol smokers are also more likely to become heavily addicted and find it harder to quit.

“That’s why the Government concluded a ban on menthol was justified, it’s just a shame it’s taken so long.”

Simon Clark, director of smokers’ rights group Forest, said: “The ban on menthol cigarettes is a gross restriction on consumer choice that will do nothing to stop children smoking.

“Many adults have smoked menthol-flavoured cigarettes for decades.

“This week that small pleasure will be taken away from them and the only people who will benefit are the criminals who supply the black market with illegal and counterfeit goods.”