Patient ‘disempowered’ when treatment paused due to Covid-19 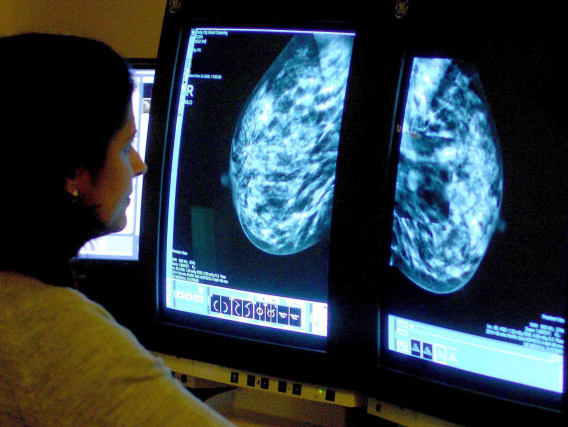 A secondary breast cancer patient has described how she felt “disempowered” when the treatment which keeps her cancer under control was put on pause due to the Covid-19 pandemic.

Shakun Banfield, 81, from Bromley was diagnosed with secondary breast cancer in her lungs last year and has been taking palbociclib and letrozole for 16 months, which has controlled the growth of the tumours.

But she has been told to come off palbociclib – a targeted therapy drug – to help boost her immune system.

Another patient told Breast Cancer Now that “it is down to the wire” as to whether or not she receives treatment.

Karen Hilton, from Dalkeith, Scotland, who had to cancel her wedding to her partner of 10 years due to lockdown, said the chemotherapy could compromise her blood count, and if it drops too low, treatment may be put on pause.

It comes as charity Breast Cancer Now said thousands of women with incurable breast cancer are experiencing significant fears for their ongoing survival.

The charity has received “unparalleled” numbers of calls to its helpline from women who fear their lives will be shortened due to changes in their treatments, scans and trials.

Ms Banfield said: “I was surprised when my consultant told me that their patients on palbociclib were being asked to come off it for a month to help boost our immune systems.

“It was difficult for me to consider letting go of medication which was helping to control incurable cancer.

“It was indeed a hard decision to make, whether to continue with palbociclib and keep the tumours controlled or have a break from it to keep the virus at bay.

“While I’ve decided to pause this medication for two months until my next scan, I still worry about the effect and imagine the worst.”

“I’ve been on my current treatment for a few weeks now, but the chemotherapy I’m on could compromise my blood count and if it drops too low, I may have to stop.

“At a time in my life that I want to be going out and working my way through my bucket list and all my travel plans, I can’t.

“I can’t even go for a coffee with a friend.

“It’s really tough for me and my family.

“While it’s a frightening situation that I’m living with this cancer, I’m also living with hope that I will get the treatment I need.”

Joanne Addis, 54 from Stockport, was diagnosed with secondary breast cancer after being admitted to hospital in April 2017, only weeks after surgery for primary breast cancer.

In April, Ms Addis’ palbociclib treatment, which with letrozole has kept her cancer stable three years, was paused for three months.

She said: “I try not to think about what will happen over the next two months, but I do worry about what my scan in June will show.

“If my disease were to progress, I’d feel like I had wasted a treatment option and the time it could have given me.

“Striking off such a valuable treatment not because of my cancer becoming unresponsive, but because of the risk of the virus, doesn’t seem fair.”