Palace salutes garden party guests who missed out this year 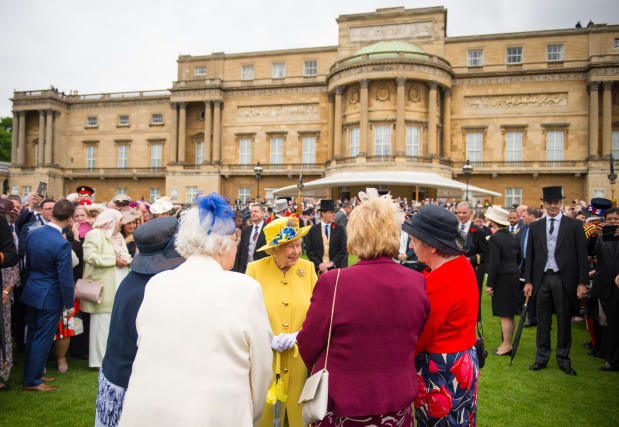 Buckingham Palace has celebrated some of the guests who should have been attending its summer garden parties, and pledged to see them next year instead.

The Queen’s gatherings on the neatly-manicured lawns of her London home, and at the Palace of Holyroodhouse in Edinburgh, were postponed because of the coronavirus pandemic.

Tuesday would have been the season’s second garden party at Buckingham Palace.

The Palace tweeted: “To all of this year’s guests – thank you for your service, and we look forward to seeing you at Garden Parties next year.”

More than 8,000 guests mingle at each of the afternoon events, and people are invited to attend as a way of recognising and rewarding public service.

The royal family’s social media accounts paid tribute to some who were due to attend.

Among those highlighted was Dr Sanjiv Nichani, who has worked as a consultant paediatrician at the Leicester Children’s Hospital for over 20 years, and is the founder of the Healing Little Hearts charity.

The organisation sends volunteer teams of doctors and nurses around the world to perform free heart surgeries on babies, children and teenagers.

Around 50 people also received invitations in recognition of their work helping their communities during the floods.

Among them was Matt Coley, from Lincolnshire, who tirelessly helped fill and distribute sandbags in his local area.

Evelyn Karstadt will also be a guest in 2021.

She received a British Empire Medal for her volunteer work in Barking and Dagenham.

She encouraged other elderly people to learn new IT skills to prevent isolation through the Silver Surfers computer course, after taking the course herself at the age of 85.

The postponement of the garden parties affected five due to be held in London and one in Edinburgh.

Although the event is outdoors, guests – many of them elderly – gather to watch the Queen and senior royals circulate down lanes of people.

Attendees also queue in tea tents and take their seats on nearby chairs, with around 27,000 cups of tea, 20,000 sandwiches and 20,000 slices of cake consumed at each party.

The royals enter to the National Anthem, and then tea and cakes are served.

Yeomen of the Guard, dressed in their red and gold ceremonial costumes, form part of the proceedings, and guests are free to stroll around the vast expanse of the gardens while a military band plays background music.

Garden parties have been held at Buckingham Palace since the 1860s when Queen Victoria began what were known as “breakfasts”, although they took place in the afternoon.