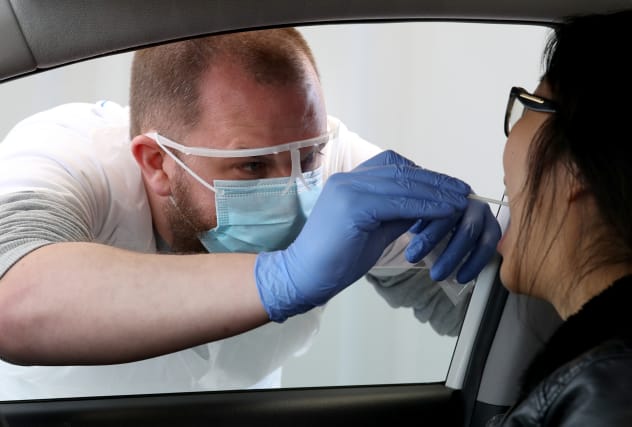 Downing Street has signalled ministers should shoulder responsibility for controversial decisions made during the coronavirus pandemic after Work and Pensions Secretary Therese Coffey sought to blame scientists.

The Prime Minister’s official spokesman said “ministers ultimately decide” what to do with scientific advice, after a scathing summary from the Commons Science and Technology Committee identified several flaws in the Government’s Covid-19 response.

In particular it highlighted the country’s “inadequate” testing capacity, and cited how the decision to ditch community testing, in contrast to other countries which made it a tenet of their coronavirus strategies, was “one of the most consequential made” during the crisis.

But Work and Pensions Secretary Therese Coffey deflected criticism on to the scientists advising the Government’s response.

She told Sky News: “I’ve said that we’re getting advice from the scientists, it is for ministers to decide on policy but we’ve tried to take every step of the way making sure that we listen to the science, understand the science and make decisions based on that.

“If the science was wrong, advice at the time was wrong, I’m not surprised if people then think we made a wrong decision.”

In a letter to the Prime Minister assessing evidence to the committee during the pandemic, its chairman, Greg Clark, said Public Health England (PHE) had repeatedly failed to answer questions over the “pivotal” decision to scrap mass testing in March, before lockdown measures were introduced.

The committee also identified concerns about transparency during the pandemic.

Responding to Ms Coffey’s comments, Boris Johnson’s official spokesman said: “The Prime Minister is hugely grateful for the hard work and expertise of the UK’s world-leading scientists, we’ve been guided by their advice throughout and we continue to do so.

Mr Clark said the decision to “pursue an approach of initially concentrating testing in a limited number of laboratories and to expand them gradually, rather than an approach of surging capacity through a large number of available public sector, research institute, university and private sector labs is one of the most consequential made during this crisis”.

He added: “From it followed the decision on March 12 to cease testing in the community and retreat to testing principally within hospitals.”

He said the decision meant that residents in care homes and their staff could not be tested at a time when the spread of the virus was at its most rampant.

It said: “Capacity was not increased early enough or boldly enough.

It called on the Government to “urgently” expand its contact tracing capacity in “order to facilitate further easing of social distancing measures as soon as possible, while minimising the risk of a second peak in infections.

It came as Downing Street announced the NHS contact tracing app, trialled on the Isle of Wight this month, will be launched across the country in the “coming weeks”.