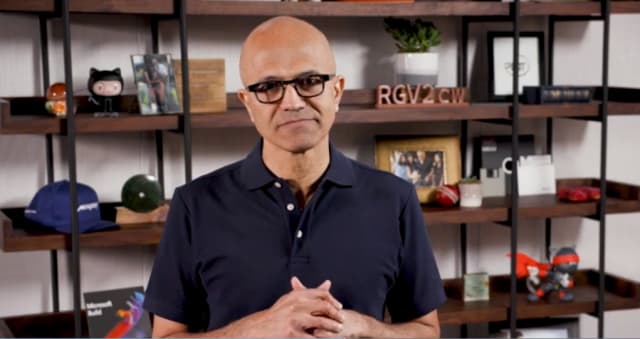 Mr Nadella said he was “comforted” by the actions of many within the technology industry during the crisis, such as software developers working with epidemiologists on tracking the virus.

The Microsoft chief executive was speaking in a video message at the opening of the tech giant’s annual developer conference, Build, which was taking place virtually for the first time because of the Covid-19 outbreak.

“While this year feels different, coming together as a community is more important than ever,” he said.

“There are tens of thousands of you tuned in from dozens of countries around the world – it’s fantastic to see.

“Our industry has been called upon to help address the world’s most acute needs through this crisis, and I’m proud of how all of you have raised the game and been there when the world needed you the most, serving as those digital first responders to the first responders out there for whom we’re very thankful.”

Mr Nadella highlighted the work of software developers working with the John Hopkins University and epidemiologists to create the “canonical” dashboard used around the world to track the spread of the virus.

He also referenced several manufacturing firms in the UK who changed their production lines to build ventilators for the NHS, using Microsoft’s HoloLens mixed reality headset to help guide workers through the process.

Since the outbreak of the virus and the introduction of social distancing measures, a range of video conferencing and collaboration apps have gained prominence as millions of people attempted to work and study from home.

A number of streaming services reduced the quality of some programming to ease pressure on broadband connections, and several social media and internet platforms offered free advertising to health authorities as part of schemes to promote accurate information about the outbreak and international response to it.

“We’ve seen something like two years’ worth of digital transformation in just two months, and we’ve seen how critical digital technology is in the three phases of this crisis: from emergency response to the recovery phase to the reimagining of the world going forward,” Mr Nadella said.

Among the announcements at its developer conference, Microsoft unveiled a new cloud service for the healthcare industry, which will allow entire companies of healthcare workers to access tools designed specifically for medical staff, including a new Bookings app for scheduling and managing appointments.

South-west England is 'full to capacity’ after influx of tourists during heatwave, say police