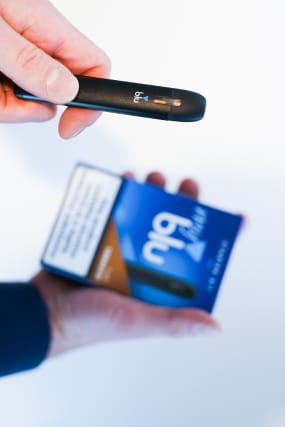 Tobacco giant Imperial Brands has seen shares slump after slashing its shareholder dividend by a third and warning it expects a bigger hit from coronavirus to come.

Shares in the group tumbled as much as 9% as the maker of Davidoff cigarettes, Rizla and Blu revealed the divi blow to save cash amid the Covid-19 crisis and said it was bracing for a low-single-digit hit to earnings per share for the full year.

It said trading would be knocked by the grounding of global airlines impacting on demand for duty free, as consumer stock-building ahead of lockdowns unwinds and with smokers downtrading to cheaper cigarette brands.

The group said it had seen a boost in the first half from panic buying as the pandemic forced countries to lock down globally, helping increase net revenues and profits by around 1%.

But half-year revenues on tobacco and so-called next generation products still fell 0.9%, with the latter seeing sales crash 44% to £83 million.

Imperial is among several businesses that had bet heavily on supposedly safer vaping products as the future of tobacco companies, but US President Donald Trump has promised to crack down on vapes.

It saw only a small impact from the crisis overall on its first-half results, although the group cautioned this would be “more pronounced” over the final six months.

The group added it was “disappointed” with first-half figures, as operating profit dropped 19.6% to £925 million in the six months to March 31.

Dominic Brisby and Joerg Biebernick, joint interim chief executives at Imperial Brands, said: “While we delivered against our revised expectations, we are disappointed with these results, and we remain fully focused on all opportunities to strengthen performance.”

They added: “Overall, Covid-19 has so far had only a small impact on trading but we expect this to be more pronounced in the second half due to continued pressures on our duty free and travel retail business, changes in consumption patterns including downtrading and a reversal of some first-half inventory build.”

The group – which is waiting for new chief executive Stefan Bomhard to take the reins – said it was assuming no recovery in its duty free and global travel retail arm over the second half of the year.

It has also seen evidence of consumer downtrading that it expects to “potentially deteriorate further with recessionary pressures”.

Imperial has seen some of its factories forced to cut production due to the pandemic, but these are set to be back up to full operating capacity by the end of June.

The firm recently said it was selling its premium cigars business in two deals worth £1.1 billion, but will continue to pump out mass-produced cigars.