Government must give more details on workers’ protection – business committee 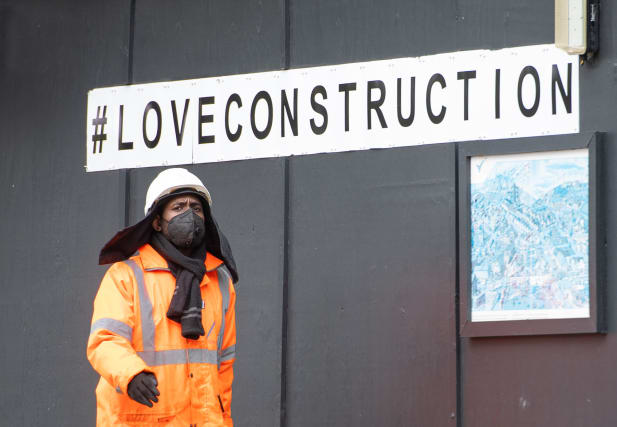 The Government must provide more clarity for staff to feel safe before returning to work, including how to deal with unscrupulous employers who fail to follow guidance, according to the Business, Energy and Industrial Strategy Committee.

Committee chairman and Labour MP Darren Jones has written to Business Secretary Alok Sharma also asking the department to lay out its plans for new powers to stop businesses from profiteering during the coronavirus crisis.

The letter also called for help from ministers in supporting small and medium-sized businesses to buy protective kit to make workplaces secure.

Mr Jones said: “I hope the Government will come forward with more detail on what they are doing to help businesses ensure their workplaces are Covid-19 secure and the action they are taking to help shops and other high-street business operate safely and restore consumer confidence.”

On May 11 the Government set out a series of plans on reopening offices and businesses, with non-essential retailers slated to open from June.

The construction and manufacturing industry was also encouraged to return to work, with car makers announcing plans to restart factory lines.

But there has been criticism of the lack of extra protections for workers after the Prime Minister called for employers to use “common sense” rather than enacting new legislation.

The new rules fall under current safety legislation, overseen by the Health and Safety Executive (HSE) which has received £14 million in extra funding.

Mr Jones said: “Workers must be supported in these difficult times too.

“Many workers will be facing pressures to return to work while having concerns about the safety measures in place.

“To help reassure workers, I hope the Secretary of State will outline what support his department is providing to ensure workplace disputes related to Covid-19 secure health and safety issues are resolved quickly.”

He also said the committee had seen examples of “ridiculous price hikes” on essential products, such as toilet paper and hand sanitiser.

The Competition and Markets Authority has already advised the Government that emergency legislation would make cracking down on the practice easier, although it was at pains to say it was not asking for a change in the law, but simply advising ministers.

Officials at the watchdog revealed they had received 21,000 complaints on price gouging and customers struggling to get refunds for cancelled holidays.

Last week, the Government said all businesses would need to undergo an assessment to be labelled “Covid-19 secure”, running under current health and safety rules, rather than with the introduction of new laws for protecting workers.

It said businesses that want to reopen will need to carry out an online risk assessment with the HSE and place the certificate on display.

Rules include maintaining social distancing – with employers expected to redesign workspaces – staggering start times, creating one-way systems for workers and protecting staff who may be vulnerable.

To help construction workers, the Government extended the hours builders could work in residential areas to 9pm Monday to Saturday.

But unions have warned that without legislation, some unscrupulous bosses could act against the interests of their staff.