Focusing testing on hospital patients was ‘right thing to do’ 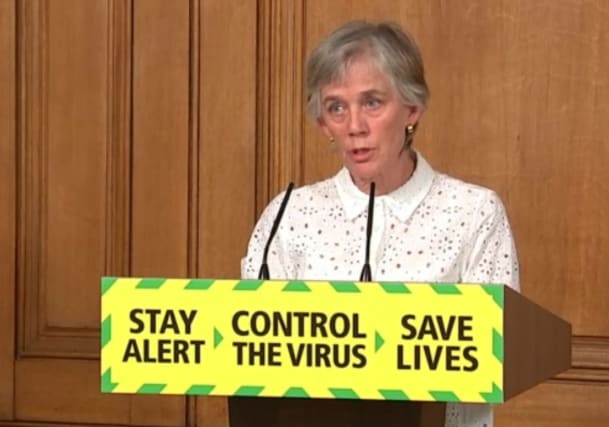 Focusing testing on hospital patients early on in the Covid-19 outbreak was the "right thing" to do, the deputy chief scientific adviser has said.

Asked why community testing ended on March 12, when the World Health Organisation had encouraged as much testing as possible, Professor Dame Angela McLean told the daily Downing Street briefing that, with the testing available at the time, it was the "right thing" to focus on people in hospital.

She said the UK has looked closely at contract tracing systems in other countries and praised the work of South Korea, where "inspiring" contact tracing work has been done "to the extent that they are now down to handfuls of new cases every day".

"I think that is an experience that we are aiming to emulate," Prof McLean added.

Prof McLean said the scientific advice is that there should be a "rapid and reliable" testing system.

Asked whether the UK's system meets that description, she said: "I think it's getting better.

"One of the things we have looked at a lot today is evidence from other countries, and it's clearly possible to set up testing systems with a 48-hour turnaround."

Asked about the decision to abandon community contact tracing in March, Environment Secretary George Eustice told the Downing Street press conference: "Well, I think the point that I would make on the testing and tracing is, we've been expanding, ramping up that testing capacity over the last couple of months.

Mr Eustice said 89,784 tests were carried out on Monday, below the Government's target of 100,000 daily tests.

He added: "I think it's the case that, you know, early on in this epidemic, clearly, there was a priority to make sure that people showing symptoms who worked in the NHS, because of their close proximity to patients, had those tests, so there was priority given to those.

"But we are now in the position where we're able to offer testing to anybody over the age of five with symptoms, and that's going to be quite crucial to developing our track and trace capabilities in the months ahead."

The briefing came after one academic said there is a danger that schools could become a "place to store children", unless the Government meets certain safety requirements.

If appropriate safety measures are not fully functional by the time schools return, children could be forced to sit still in their chairs unable to interact with one another or staff, said Martin McKee, professor of European public health at the London School of Hygiene and Tropical Medicine.

A past-president of the European Public Health Association, he said he was "not convinced" that the appropriate testing and contact tracing systems would be in place in time for planned partial reopening of schools on June 1.

He told a Royal Society of Medicine briefing on Covid-19: "My concern in the United Kingdom at the minute, is that I'm not convinced that we have got the testing system, the contact tracing system in place, or I don't think we will have it in place for June 1.

"So that's a real concern. And if that's not the case, then there's a danger that schools effectively become places to store children, where we have them sitting in their chairs and not having to move, but not able to interact, not able to exchange marking books with their school teachers and so on.

"So I think that there is a responsibility on Government to do rather a lot to make it safe for the schools to reopen, but I don't see that we're there yet."