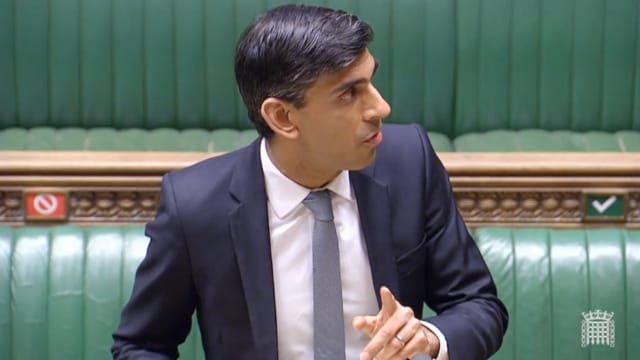 UK banks have funnelled more than £22 billion to companies as part of three Government-backed loan schemes since the coronavirus shut down large parts of the country’s economy.

Meanwhile, more than £11.1 billion has been claimed to help keep staff on payrolls as part of the furlough scheme.

Eight million jobs have been furloughed under the Treasury’s job retention scheme.

Another two million self-employed people have claimed a combined £6.1 billion in support, the Treasury said.

“Our plan to support businesses and individuals is one of the most comprehensive in the world,” said chancellor Rishi Sunak.

“As these figures show, we are currently supporting millions of workers and businesses through these tough times so we can recover as quickly as possible.”

The Government has given businesses three ways to access extra cash to help prop them up during the crisis.

The bounce back loan, which was launched last, has proved the most popular. Banks have already approved £14.2 billion in loans to nearly 465,000 businesses up and down the country.

The Government has promised to back 100% of each bounce back loan, and the banks are required to only carry out minimum checks on the borrowers.

Meanwhile, £7.3 billion has been lent by banks under the coronavirus interruption loan scheme (CBILS) to 40,564 businesses.

CBILS loans are backed to 80% by the Government and require banks to do several checks on the borrowers.

A similar scheme, the CLBILS, for larger businesses, has lent £590 million to 86 businesses.

Most shops and plenty of other businesses across the UK have been forced to rely on the Government’s support to stay above water during the coronavirus crisis.