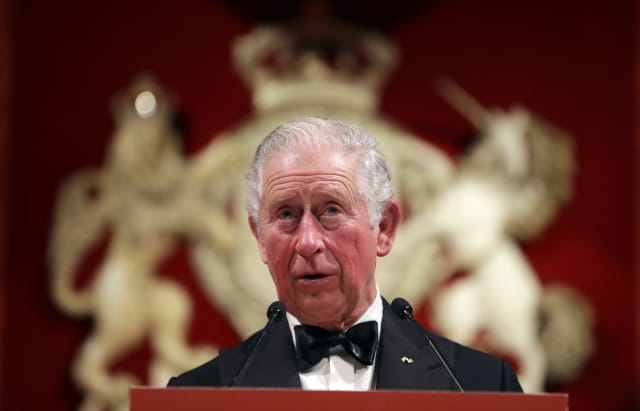 The Prince of Wales has spoken about the “small part” he and the Duchess of Cornwall have played in promoting reconciliation on the island of Ireland.

In a message to the people of the Republic of Ireland, on the fifth anniversary of his visit to Co Sligo, Charles has revealed a planned trip to the Republic and Northern Ireland has been postponed due to the coronavirus outbreak.

The prince’s statement was posted by the British Embassy in Dublin on its official Twitter account: “My wife and I cherish such special memories of our visit to Sligo five years ago, and of each of the visits we have made to Ireland in every year since.

“Although it is a matter of particular sadness that, due to the current public health crisis, we are unable to visit Ireland and Northern Ireland this year, we very much look forward to visiting again once happier times return.”

In May 2015 Charles made a pilgrimage to the picturesque Irish harbour village of Mullaghmore, Co Sligo, where the IRA murdered Lord Mountbatten, his beloved great uncle, in August 1979.

Earl Mountbatten, who enjoyed summer holidays for decades at nearby Classiebawn Castle, was blown up on board the pleasure boat Shadow V after he set out from the harbour along the Atlantic coast to pick lobster pots and fish.

The other victims were Lady Doreen Brabourne, 83, the mother-in-law of Mountbatten’s daughter, who died a day later; Nicholas Knatchbull, the earl’s grandson, who was 14; and his friend Paul Maxwell, a 15-year-old local boy from Killynure, Enniskillen, who had worked on preparing the royal boat for fishing.

During the visit Charles paid tribute to the local people who helped in the rescue after the bombing and extended their support.

“Many of them showed the most extraordinary outpouring of compassion and support to both Lord Mountbatten’s and Paul Maxwell’s families in the aftermath of the bombing,” he said.

“Their loving kindness has done much to aid the healing process.”