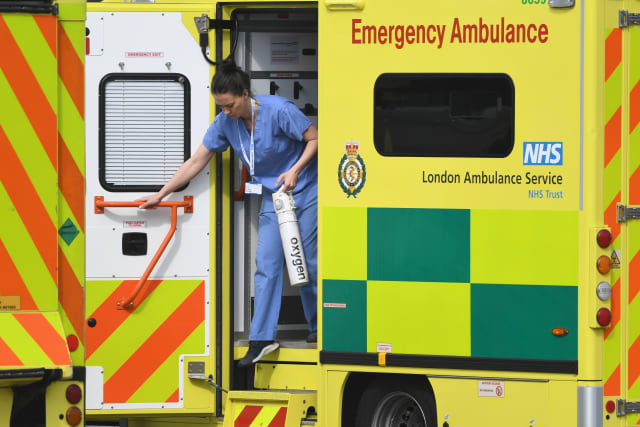 Almost a third of people who have died after testing positive for coronavirus in English hospitals had diabetes, new NHS England research suggests.

This is higher than previously thought, as health service data released last week suggested 26% of Covid-19 victims in English hospitals had the condition.

The new figures show that overall, 7,466 of coronavirus patients who have died in hospitals in England had type 2 diabetes.

Lead author of the study, Professor Jonathan Valabhji called the finding “worrying news” and said it “shows the extent of the risk of coronavirus for people with diabetes”.

He added: “Importantly it also shows that higher blood glucose levels and obesity further increase the risk in both types of diabetes.”

Charity Diabetes UK are calling on the Government to ensure that patients are kept safe at work and can access other support systems such as supermarket delivery slots and emotional support.

The organisation’s director of policy Bridget Turner said: “We know people with diabetes will want to know what they can do to keep themselves safe.

“The most important thing anyone with diabetes can do is try their best to manage their condition carefully, keeping their blood sugar in range as much as possible.

“All people with diabetes should also follow stringent social distancing measures to reduce their chances of catching the virus altogether.”

According to the data released last week, there were more recorded deaths of diabetes patients than those with other comorbidities.

NHS England are offering video consultations and online appointments, as well as routine discussions with GPs, so that diabetes care can continue throughout the pandemic.

They have also set up a dedicated helpline with Diabetes UK to help people who use insulin.