Prisoners with coronavirus symptoms could not shower for two weeks – report 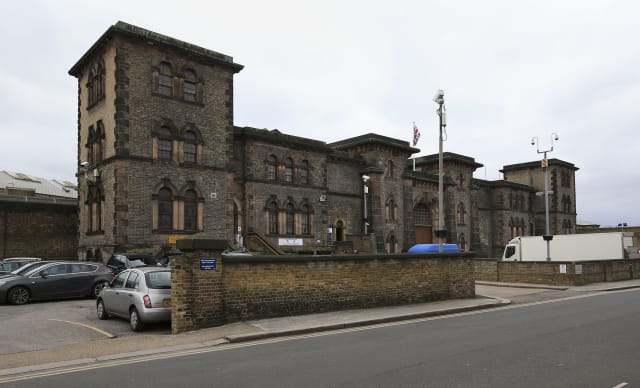 Prisoners with coronavirus symptoms were locked in cells for up to two weeks without being allowed out to shower, according to a report.

The findings emerged following inspections of conditions in three jails – Wandsworth in south London, Altcourse in Liverpool, and Elmley on the Isle of Sheppey.

In a report published on Monday, chief inspector of prisons Peter Clarke said: “The vast majority were locked up for nearly the whole day with usually no more than half an hour out of their cells.

“We found some examples of even greater restrictions.

“In one prison, a small number of symptomatic prisoners had been isolated in their cells without any opportunity to come out for a shower or exercise for up to 14 days.”

The jail in question, Wandsworth, had made the decision “in consultation with Public Health England, and as a result of the lack of space for a protective isolation unit.”

The Victorian prison’s “physical limitations” had a “severe impact”, the report said.

The inmates in question were among more than 100 who had symptoms at the jail and had to self-isolate.

The inspection overall found most prisoners still had daily access to a shower.

Narrowing landings and cramped accommodation had made social distancing “extremely difficult” in some parts of each prison despite efforts to make the buildings safer, like rigorous cleaning.

Mr Clarke added: “We also saw too many staff were unnecessarily crowding into small offices in some prisons.

“It was obvious that important messages were not always fully understood or practised.”

Frances Crook, chief executive of the Howard League for Penal Reform, said: “The Government’s strategy to restrict the spread of coronavirus in prisons relies on tens of thousands of people being held in either overcrowded conditions or prolonged solitary confinement. This is neither humane nor sustainable.

“Ministers must take decisive action to reduce the prison population, to provide more purposeful regimes and save lives. With the courts beginning to hear cases again, prisons risk becoming engulfed unless we see more urgency to release people safely.”

Peter Dawson, director for Prison Reform Trust, prison managers, staff and inmates should be praised for working together “to make the best of an impossible situation”, but accused ministers of not doing “all they could to help”.

He added: “This important report shows why there is absolutely no room for complacency about the crisis in our prisons.”

Cases of coronavirus have been confirmed in 74 prisons so far, and 21 inmates have died.

Last week, it emerged just 55 prisoners had been released early under emergency measures to prevent the spread of coronavirus in England and Wales jails.

Up to 4,000 prisoners who were within two months of their release date and had passed a risk assessment were eligible. Pregnant prisoners – considered among people who could be most at risk from the virus – or inmates with children behind bars have also been considered for temporary release.

While numbers had fallen slightly in all three prisons, very few inmates had been released under the scheme – but each had received “large numbers” of recalled prisoners, the inspection found.

Overall, the report praised staff and prisoners at all three jails for adapting to the challenges of the crisis, but warned “greater challenges” lied ahead when rehabilitation programmes and activities resume.

Mr Clarke added: “We were impressed by the way that prison managers, staff and prisoners had adapted to the challenges presented by the current crisis.

“We were also struck by the support that staff had so far received from prisoners who understood the reasons for the extreme restrictions to which they were subject.”

The news comes as the prison service revealed plans to offer inmates video calls with relatives during the pandemic after visits were suspended in March.

The technology is being installed at 10 jails before being rolled out to others in the coming weeks.

Calls will be monitored by prison staff and participants vetted in advance with time limits and other restrictions in place.

The Ministry of Justice has been contacted for comment.