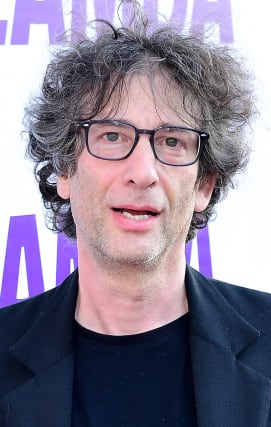 Police Scotland officers have spoken to the writer Neil Gaiman who admitted to travelling more than 11,000 miles from New Zealand to his house in Skye in breach of Scotland's lockdown rules.

The American Gods and Good Omens author said he travelled to Scotland so he could "isolate easily" after he and his wife Amanda agreed they "needed to give each other some space".

Writing on his blog, he described how he flew "masked and gloved" from Auckland Airport to Los Angeles (LAX) and then on to London before borrowing a friend's car and driving north to Skye.

Only essential journeys are permitted under lockdown rules in Scotland, with First Minister Nicola Sturgeon stressing the message north of the border is "stay at home".

A statement from the Scottish police force confirmed the 59-year-old had been given "suitable advice".

Inspector Linda Allan said: "Officers have visited Neil Gaiman and spoken to him about his actions.

"He has been given suitable advice about essential travel and reminded about the current guidelines in Scotland."

SNP Westminster leader Ian Blackford, who is also the MP for Skye, tweeted: "Can I just remind anyone else thinking of coming to the Highlands this is against the regulations.

"To come from the other end of the planet is gobsmacking. We will welcome all to the Highlands when it is safe to do so. For now stay away."

Gaiman said he was in New Zealand with his wife and son Ash until two weeks ago, when the country went from level four of lockdown – which it had been on for the previous five weeks – to level three.

He compared his journey – from Auckland Airport to London via LAX – with "flying a week after 9/11: everything's changed".

In response to some criticism online, Gaiman responded: "I'm currently a UK taxpayer and on the Scottish voting rolls. I went home."