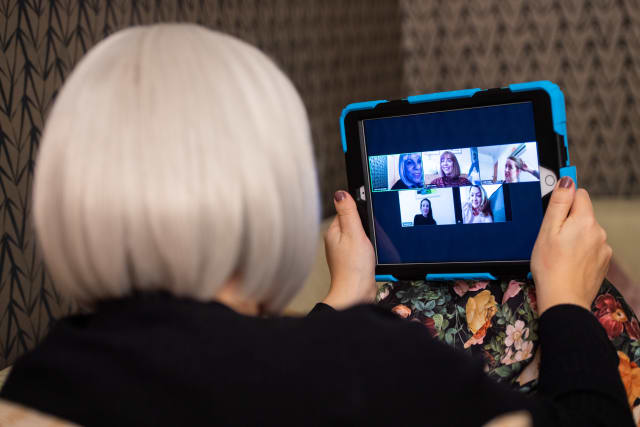 More than 120 cases of Zoom video calls being hijacked by people displaying images of child abuse are currently being investigated in the UK, the National Crime Agency (NCA) has said.

Incidents of strangers disrupting video calls with offensive language and imagery, a practice known as “Zoombombing”, have increased during the coronavirus lockdown.

The video conferencing app has grown in popularity since the introduction of social distancing measures, as millions turned to it to work or study from home.

In a statement to the PA news agency, a National Crime Agency spokesman said: “The NCA is leading and co-ordinating the UK’s response to Zoom video conferences being interrupted by indecent images of children, with police forces conducting their own investigations into more than 120 cases.”

Cases have been widely reported because of a security flaw in the platform which allowed anyone to access a meeting if they obtained its ID number or a link to it.

Many instances of Zoombombing have occurred after meeting details were shared publicly on social media, something Zoom, safety organisations and police have discouraged users from doing.

“Our role includes understanding whether the IP addresses used and the horrific images shared are the same. This will enable the NCA to identify links between offences and co-ordinate investigations,” the NCA said.

“If any of these images are brand new, the NCA’s specialist victim identification team will help forces identify and protect the children involved.

“The NCA is also liaising with US authorities to deconflict inquiries.”

Zoom has recently announced a range of security updates to the service, including new password controls and virtual waiting rooms for meetings turned on by default, to help prevent uninvited users joining calls.

A clearer, centralised security menu and increased encryption have also been announced.

At the beginning of April, the firm announced it was suspending all other new product development to focus on updating its security features.

In advice issued on using Zoom, the NCA said social media should not be used to share conference links or passwords, and meeting hosts should turn off the ability for participants to join a call before them, and should verify all those taking part before allowing them to join a call.