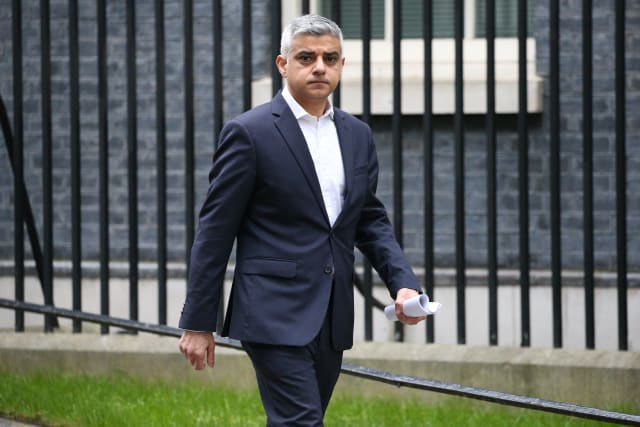 Boris Johnson has been by urged by Sadiq Khan to impose a 14-day quarantine on international travellers arriving in the UK as soon as possible in response to fears of new arrivals seeding a second wave of Covid-19.

The London Mayor said the UK was an international outlier because it had not imposed widespread quarantine arrangements – and suggested this was due to a lack of preparation for a pandemic.

Transport Secretary Grant Shapps said the scheme would come into operation “early next month” and promised that details would be set out shortly.

He indicated that it would be a “blanket” provision applying to all countries, although ministers have already said the common travel area with Ireland would be unaffected.

Mr Khan told the PA news agency: “We have got a number of airports that serve us – Heathrow, Gatwick, City, Stansted and a number of other peripheral ones – but also the Eurostar as well.

“I think it’s really important that anybody coming to our country isolates for at least 14 days. I want them tested as well as soon as they possibly can.”

Mr Khan said London could not risk a second wave of Covid-19 being brought in from overseas.

“That’s why it’s really important for us to be properly looking at people who have come from elsewhere around the world, whether it’s China, Italy, France, the Far East – anywhere,” he said.

The Labour mayor suggested the Government was having to “retrofit” policies around its own failure to prepare for the outbreak.

He said: “I’m not sure what the advantage is of waiting, except for us being able to ramp up facilities.

“This is another example of us being an outlier as a country.”

He said the situation was “not based on science, it’s based on us having to retrofit our policies around a lack of preparedness in relation to testing equipment and having the contact tracing in place”.

Mr Shapps told MPs that the Government could consider granting exemptions for passengers from countries with low infection rates, but only after the initial measures are introduced.

He said: “It is the case we should consider further improvements – for example, things like air bridges enabling people from other countries who have themselves achieved lower levels of coronavirus infection to come to the country.

“So, those are active discussions that go beyond what will initially be a blanket situation.”

The plans for quarantine restrictions were condemned as “idiotic” and “unimplementable” by Ryanair boss Michael O’Leary.

There was “no medical or scientific basis”, or the measures and instead said face masks would “eliminate” the risk of spreading coronavirus.

Ryanair announced last week that it will operate nearly 1,000 flights per day from July 1 subject to European countries lifting flight restrictions and “effective public health measures” being put in place at airports.

“And what’s really worrying is that a two-week lockdown has no medical or scientific basis to it in any event.

“If you really want to do something that’s effective – wear masks.”

The Prime Minister’s spokesman told a Westminster briefing on Monday afternoon that the quarantine would be reviewed every three weeks.

“Any changes brought in will be subject to a rolling review every three weeks to ensure they are in line with the latest scientific advice and that they remain effective and necessary,” he said.

The spokesman added: “The PM has said that those arriving in the UK from overseas will be required to self-isolate in order to prevent infections from abroad and a second wave of cases.

“The work on this is continuing and we will set out more details in due course.”