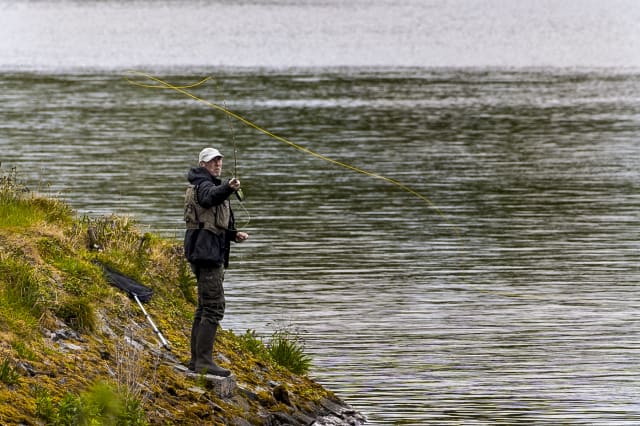 Stormont ministers are understood to have agreed another series of lockdown relaxations.

On Monday, they permitted outdoor gatherings of four to six people from outside the same household and reopening places of worship for solitary prayer. Drive-in religious services are also to be allowed.

It is understood players of non-contact sports like golf and tennis will also be able to return to action.

They could all resume on Tuesday.

It is understood the only step in phase one of Stormont’s exit plan that ministers have not yet signed off is indoor visits to immediate family members.

People queued for hours on Monday as recycling and garden centres opened their doors for the first time in weeks.

Anglers took to lake banks, while those with terminal medical diagnoses planned marriage ceremonies as restrictions were relaxed.

Gary Stoops said: “We’ve a lot of rubbish to offload after lockdown, we have redecorated a room and cleared out a room.

Stormont ministers met in Belfast on Monday afternoon to discuss further relaxation of a clampdown on movement which has curbed the spread of the coronavirus but caused serious damage to the economy.

The health authorities said coronavirus testing would be offered to all care home residents and staff, including those with no positive tests, in a vulnerable sector which has seen more than 100 confirmed or suspected outbreaks and many fatalities.

Six more deaths related to Covid-19 were reported by the Department of Health on Monday, bringing its total to 482.

The total number of confirmed outbreaks in care homes is 71, with a further 33 suspected outbreaks, the Department confirmed.

Health Minister Robin Swann denied the authorities were playing catch-up with care homes and said they acted early to stop visits and curb the spread of the virus.

He told the BBC’s Talkback programme he did not want to release figures for individual home infections, despite earlier comments surrounding the issue by First Minister Arlene Foster.

The aim of confining virus spread to less than one extra person infected by every new case, an RO number less than one, has been largely met, although clusters of infection in care homes have attracted concern.

The minister said: “I don’t think there should be anything precluding us publishing that on a weekly basis.”

There was a steady stream of customers at Hillmount Garden Centre near Belfast on Monday morning, but no long queues.

Recycling centres in Belfast and the nearby coastal town of Bangor run by local councils saw long lines of motorists.

The club is the oldest in Ireland and celebrates its 132nd birthday this year.

He said: “It makes an awful difference.

“It gets people out of the four walls of their house which they have been looking at for quite a long time.”