Harry Dunn case: Family suggests expelling diplomats to stand up to US ‘bully’ 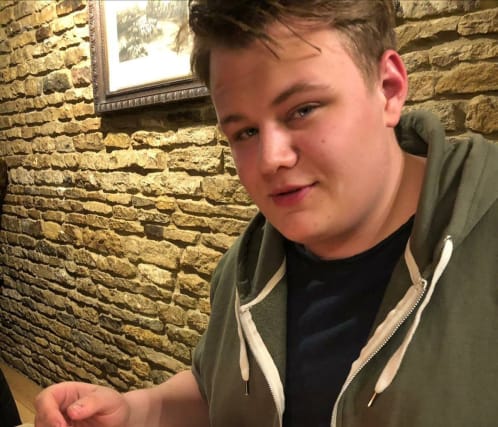 The family of Harry Dunn have suggested expelling diplomats to stand up to the “schoolyard bully” US Government after an extradition request was refused for the teenager’s alleged killer.

The latest call for action from the teenager’s parents came in a letter from their constituency MP to the Foreign Secretary which said they “feel very let down” due to a “lack of developments” since the request for Anne Sacoolas’s return to the UK was turned down in January.

Andrea Leadsom raised three suggestions with Dominic Raab, made by the family’s spokesman Radd Seiger on behalf of the parents, which included sanctions, expelling diplomats and closing the US military base in Northamptonshire, where Sacoolas and her family were stationed.

Mr Dunn’s mother, Charlotte Charles, echoed the call for further action to be taken – telling the PA news agency “how they stepped on my son Harry’s ashes proves that they think that they can do what they like”.

The 19-year-old was killed when his motorbike crashed into a car outside RAF Croughton in August last year.

Sacoolas, 42, the wife of a US intelligence official at the base, claimed diplomatic immunity following the crash and was able to return to her home country.

She was charged with causing death by dangerous driving in December but an extradition request submitted by the Home Office was rejected by US secretary of state Mike Pompeo – a decision the US state department has since described as “final”.

Calling for the Government to announce further actions, Mrs Charles told PA: “We have to find a way to stand up to the US government which is behaving like a schoolyard bully.

“How they stepped on my son Harry’s ashes proves that they think that they can do what they like. Well they can’t. And they won’t.

“Our supporters will make sure of that. But we want our Government to do things properly and show the US and the world that they aren’t just going to take what they did to us lying down.”

The letter to Mr Raab from Ms Leadsom said: “I know you are fully determined to deliver justice for Harry, but I am afraid his family feel very let down by the lack of support they have received and what they see as the failure to keep them informed of developments or even the lack of developments.

“I sought Mr Seiger’s view on what the family would like the FCO to do, and he said that the parents wish to know what is going to be done, as a Government, in the face of the persistent refusal to extradite Anne Sacoolas.

“He went on, we are told it is raised at every opportunity but asked other than the legal efforts, what more can be done? What will be done? And by when?

“He said that retaliation has been discussed but real tangible steps are now needed such as expelling diplomats, sanctions or closing the base at Croughton given they have killed one of our children and walked away.

“Mr Seiger concluded, four months on from the rejection of the extradition request, surely the time has come to do more than just raise it?”

Addressing what was said during a meeting with Ms Leadsom earlier this month, Mr Seiger told PA: “We discussed a range of issues relating to Harry and I expressed our concern that the UK Government is behaving and acting like the US’s lapdog.

“It now needs to show its teeth outside of the legal forum.

“Diplomatically and politically, it is time to show the country what they are going to do.

“I mentioned three possibilities to Mrs Leadsom – expelling diplomats, imposing sanctions, and closing the US bases in the country. That is the stage of the crisis we have reached.

“It appears that the UK Government were intent on allowing Harry’s life to just slip away unnoticed. That is just not going to happen.

“I asked her to take those suggestions up with the Foreign Secretary and to consider any other options open to the UK, and to write back to us with a plan.

“I am grateful to her for doing so. We elected this Government to stand up for our rights. Let’s now see what they are made of.”