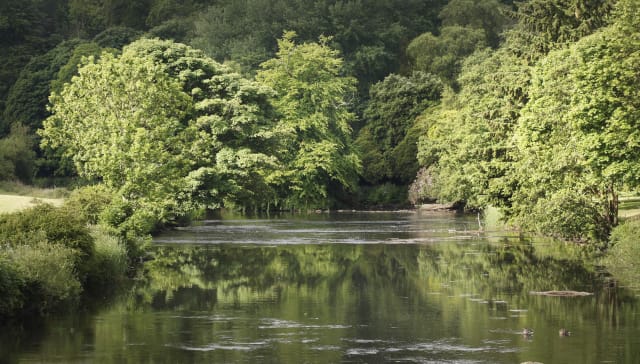 Freshwater fish could end up with bigger brains because of climate change – but find themselves less able to carry out simple tasks, according to scientists.

Aquatic life will need to adapt to warmer waters according to new research by University of Glasgow biologists, which suggests physiological changes could have potentially challenging consequences.

Researchers from the university’s Institute of Biodiversity Animal Health and Comparative Medicine fished minnows from the city’s River Kelvin and divided them into two groups.

One group spent time in tanks at the usual temperature of 14 degrees while the other were placed in a tank heated to 20 degrees – the higher end of the temperature range scientists expect the river could reach by the end of the 21st century.

Professor Shaun Killen, head of the research group which produced the study, said: “We chose minnows for this study because they’re a useful model species, found in many places across the northern hemisphere across a broad range of temperatures.

“Surprisingly, this research is the first real study of how fish physiology, brain structure and behaviours might be affected by the warming of their habitats.

“Our findings suggest that disrupting the delicate balance between the minnows’ physiology and their environment causes some unexpected side-effects.

“We’re keen to extend our research further to explore the potential outcomes for freshwater fish in the increasingly challenging environments they will face in the future.”

They also struggled to navigate a maze to reach a mealworm – even with four attempts to learn the layout of the puzzle.

Dr Libor Zavorka, the paper’s lead author, also said: “While the minnows we studied were able to adapt to live in the warmer water, their reduced ability to find their way around in order to catch food does raise some questions.

“Although we found their brains were larger, they seemed less able to accomplish the simple tasks that minnows carry out every day.

“It’s likely that the expansion of brain tissue isn’t accompanied by an expansion of neural density, so their brains don’t provide any additional benefits for being larger.

“Brain tissue requires a lot of energy to maintain, so it’s likely that the minnows’ bigger brains act solely as a drain on their resources.

“As their metabolisms increase to cope with the larger brains and the increased temperature of the water, they will need to eat more to fuel their bodies – but if they are less able to find food efficiently, they will need to spend more energy looking for it.”

The team’s paper, titled “Reduced exploration capacity despite brain volume increase in warm acclimated common minnow”, is published in the Journal of Experimental Biology and is available online.