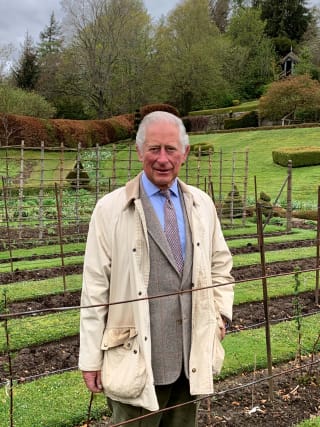 The Prince of Wales has called on “pickers who are stickers” to join a national effort to help farmers with the “unglamorous” job of harvesting fruit and vegetables.

Charles backed the Government’s initiative to bring UK workers and farmers together to ensure crops are not left to rot in the ground during the coronavirus outbreak.

He likened the “vital” project to the Women’s Land Army, which helped boost Britain’s food production during the Second World War.

The prince, who runs an organic farm at his home in Gloucestershire, says in the video: “Food does not happen by magic, it all begins with our remarkable farmers and growers.

“If the last few weeks have proved anything, it is that food is precious and valued, and it cannot be taken for granted.

“This is why that great movement of the Second World War – the Land Army – is being rediscovered in the newly created ‘Pick For Britain’ campaign.

“In the coming months, many thousands of people will be needed to bring in the crops. It will be hard graft but is hugely important if we are to avoid the growing crops going to waste.”

In the video, which was recorded in the vegetable garden of Charles’s Scottish home and will be posted on the Clarence House social media channels later, the heir to the throne says: “Harvesting runs until the early autumn and people are needed who are genuinely going to commit.

“The phrase I have often heard is ‘pickers who are stickers’.

“I do not doubt that the work will be unglamorous and, at times, challenging. But it is of the utmost importance and, at the height of this global pandemic, you will be making a vital contribution to the national effort.

“So, I can only urge you to Pick For Britain.”

The Government’s initiative follows concerns raised by producers that there will be a shortage in seasonal workers coming to the UK from eastern Europe due to coronavirus-related travel restrictions.

A Pick For Britain website, supported by the industry, has been launched by the Department for Environment, Food & Rural Affairs and the Agriculture and Horticulture Development Board, to help bring those seeking work and farmers together.

Peak periods for harvesting produce run from June to the autumn and it is hoped that people from students to laid-off hospitality workers will take the opportunity.