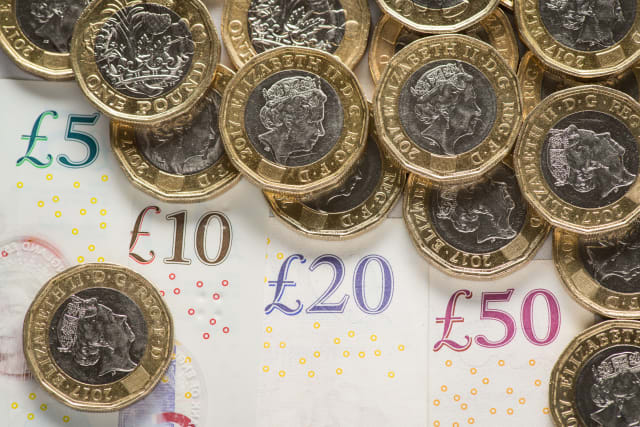 Younger and older workers are being hardest hit by the squeeze on earnings during the coronavirus crisis, research suggests.

Wage reductions and job losses could hit the incomes of some workers in younger and older age brackets permanently, a report from think-tank the Resolution Foundation warned.

Younger workers risk their pay being scarred for years to come, while older workers may end up involuntary retired well before reaching their state pension age, it said.

More than one in three 18 to 24-year-olds, and three in 10 workers in their early 60s, are receiving less pay than they did at the start of the year, the Foundation said.

This compares with less than a quarter of workers aged 35 to 49.

The report is based on a survey of more than 6,000 UK adults between May 6 and 11, supported by charity the Health Foundation.

The Foundation said employees across all age groups are more likely to be earning less than they did in January than earning more, though young and older workers are most affected.

Employees in their early 60s are the next most likely to be receiving less pay (30%), with a further 9% receiving more pay.

Young people are the most likely to have lost work, the research suggests.

Around one in three 18 to 24-year-old employees have lost work, either through being furloughed (23%) or losing their jobs completely (9%).

Employees aged 35 to 44 are the least likely to have been furloughed or lost their jobs, with around 15% experiencing this since the crisis started, the report found.

The Foundation said younger and older employees could be affected in different ways.

Younger workers could potentially see a long term reduction in their living standards.

Older workers risk being involuntary retired well before they can start receiving the state pension, or not having time to make up their current earnings shortfall.

The Foundation said the scale of pay reductions since the crisis would be even greater were it not for the Job Retention Scheme.

The research found around one in five furloughed employees are still receiving full pay, despite state support being capped at 80%, including over a quarter of workers aged 35 to 44.

The foundation, whose work focused on improving the living standards of those on low to middle incomes, said the Government needs to start preparing its response to the next phase of the crisis, which should include broader measures to boost demand in the economy and raise household incomes.

Maja Gustafsson, a researcher at the Resolution Foundation, said: “While young people are in the eye of the storm, they are not the only group who are experiencing big income shocks.

“That is why the Government’s strategy to support the recovery should combine targeted support to help young people into work, with more general stimulus to boost demand across the economy and help households of all ages.”

Martina Kane, from the Health Foundation, said: “It is concerning that the current crisis is disproportionately affecting employment opportunities for young people.

“This could have worrying ramifications for young people’s longer term health outcomes.

“There is strong evidence that unemployment and poor quality work can have a negative impact on young people’s mental health. Financial insecurity can result in poor health both now and later in life.”