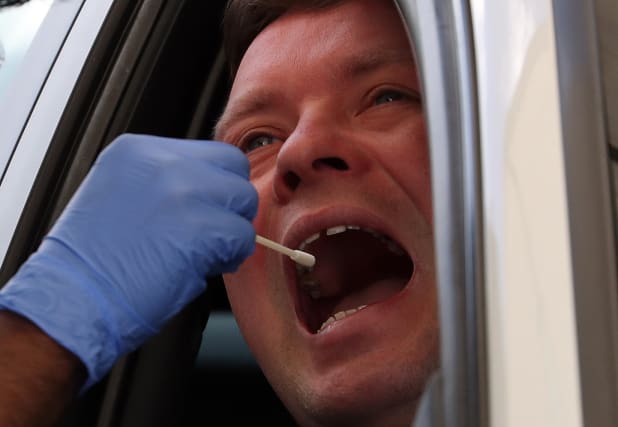 The Welsh Government has scrapped an online platform for key workers to book coronavirus tests and instead opted to use a UK-wide system.

Welsh ministers decided to work with Amazon in developing a testing portal as there were data concerns about the UK-wide system.

Health Minister Vaughan Gething told the BBC’s Politics Wales programme: “At the starting point we weren’t able to take proper advantage of the UK testing programme because we’d only have known if people had a test.

“The other information wasn’t coming back into our health and care system, so the value was really limited.

“Now, we’re in a position where those data issues, that really do matter, are going to be resolved.

“That’s why I’ve got some confidence about taking part in the wider UK testing programme.

“So, the results will go back on to the patient record, clinicians may be able to see them and make use of them.

“That’s really important for us because, whilst we were developing our own track, now we’re able to have a consistent approach with other parts of the UK with information coming back to us.

“And the question is, now we’re able to do that, why would we carry on with developing and implementing a separate portal online here in Wales?”

Asked how much developing the Amazon portal cost, the minister replied: “I don’t have the figures and frankly I’m not bothered into getting into how much we spent on developing a different portal at a point in time.”

The Welsh Conservatives said it was another U-turn by the Welsh Government in as many days.

Shadow health minister Angela Burns said: “This is great news for key workers in Wales as they will finally be treated the same as the rest of the frontline against the Covid-19 fight.

“For weeks testing in Wales has stagnated and the people that we owe our lives to are being let down.

“The Welsh Government claim they want a four nation approach to defeat Covid but at each and every opportunity given to them they have to delay, waste time and money and then eventually decide that it is in the best interests of the people of Wales.”

Meanwhile, a further 12 people have died after testing positive for coronavirus in Wales, taking the total number of deaths there to 1,203.

Public Health Wales said another 162 people had tested positive for coronavirus, bringing the total number of confirmed cases to 12,304.

Police forces across Wales have continued to crack down on people flouting the stay-at-home lockdown rules.

A family from Birmingham were fined and sent home after they were caught by police climbing Pen y Fan on Sunday morning.

Officers from the Brecon roads policing unit saw the family walking down the mountain on a closed footpath in the Brecon Beacons National Park.

Mark Collins, Chief Constable of Dyfed-Powys Police, described the incident as “one of many examples again of people travelling miles to come to Welsh beauty spots”.

“The Dyfed-Powys policing area has the lowest number of cases of Covid-19 in Wales and we need to protect that position. Please be responsible,” he added.

In Ceredigion, police stopped a car which was doing a 400-mile round trip from London so the motorist could visit their girlfriend.

The driver was sent back to London and reported for breaching the lockdown restrictions.

In Carmarthenshire, police stopped a camper van travelling from the Kent area to Llanybydder. The driver was issued with a fine and advised to return to Kent.