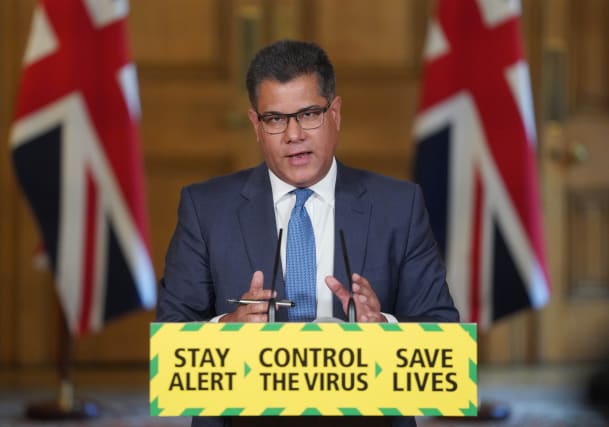 The Government is investing a further £84 million in the hunt for a coronavirus vaccine as ministers announced a ground-breaking deal which could make millions of doses available in the UK as early as September.

Business Secretary Alok Sharma said the additional funding would support teams at Oxford University and Imperial College London engaged in the global race to find a vaccine that could finally end the devastating pandemic.

At the same time, he said Oxford had signed a global licensing agreement with AstraZeneca which could see it supply 100 million doses of a vaccine – with 30 million going to the UK – as soon as September if one has been found by then.

“The UK will be first to get access but we can also ensure that in addition to supporting people here in the UK we’re able to make the vaccine available to developing countries at the lowest possible cost,” he told the daily No 10 press briefing.

While the announcement will be seen as a boost to hopes of finding a vaccine, Boris Johnson earlier cautioned that there was still a lot to do and that the search may never be successful.

Writing in The Mail on Sunday, he said: “There remains a very long way to go, and I must be frank that a vaccine might not come to fruition.”

Mr Sharma said, however, that trials of the Oxford vaccine were “progressing well” with the phase one participants having received their doses earlier this week.

“The speed at which Oxford University has designed and organised these complex trials is genuinely unprecedented,” he said.

He said the additional research funding would help with the mass production of the vaccine so that if trials are successful “we have dosages to start vaccinating the UK population straight away”.

In a further move, he said that the Government was putting in £93 million to accelerate the completion of the UK’s first vaccines manufacturing innovation centre.

The facility at Harwell in Oxfordshire –  which is already under construction – is now expected to open in summer 2021, a year ahead of schedule.

Mr Sharma said that once it was operating it would have the capacity to produce enough vaccine doses to serve the entire UK population in as little as six months.

In the event that a vaccine was found before then, he said the Government was providing £38 million to build a “rapid deployment facility” which will be able to start manufacturing “at scale” from this summer.

“The UK continues to lead the global response to find a vaccine, and the Government is backing our scientists to do this as quickly as possible,” he said.

However if the search for a vaccine was not successful, he said they were also looking at other drug treatments and therapeutics, with six drugs having entered initial live clinical trials.