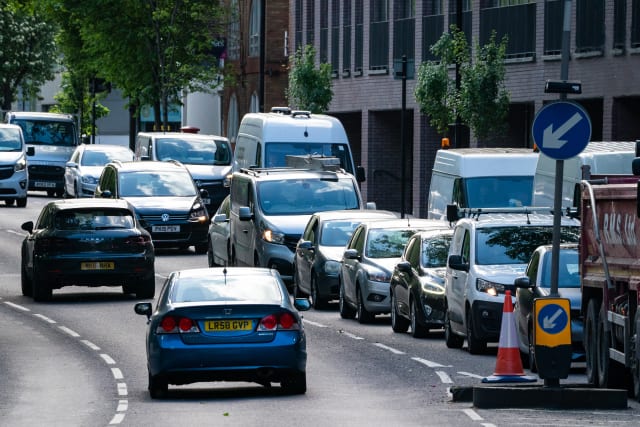 England is continuing its move out of lockdown with more people returning to work and extra trains on the railways as the Government seeks to restart economic activity.

After the first weekend in which people could enjoy sunbathing and picnics outdoors, public transport operators are preparing to carry extra commuters to offices, factories and building sites on Monday.

The move comes at the start of the first full working week since Boris Johnson set out his plan for the easing of the coronavirus lockdown in England, urging those employees unable to work from home to return to their places of employment as he sought to re-start economic activity.

He has faced criticism from some unions and opposition MPs who accused him of moving too quickly while the devolved administrations in Scotland, Wales and Northern Ireland have refused to follow suit.

Many recycling centres in England will reopen after a reported increase in fly-tipping, discount chain Poundland will reopen 36 stores, and early-morning swimmers can enter the water at Britain's oldest swimming club at the Serpentine in Hyde Park, west London.

Elsewhere, lorry drivers will make up the bulk of exemptions to plans to impose a 14-day quarantine on international travellers regardless of mode of travel, the Times newspaper reported.

The paper said hauliers will account for around two-thirds of those who will not be asked to self-isolate in what it called a "blow to the airline and tourism industries". Further exemptions are to be agreed at a Cabinet meeting, the Times added.

It comes after the Government announced a ground-breaking deal which could make millions of vaccine doses available in the UK as early as September.

A further £84 million has been invested in teams from Oxford University and Imperial College London as they carry out clinical trials in a bid to find a vaccine that could finally end the pandemic.

Oxford has signed a global licensing agreement with pharmaceutical giant AstraZeneca which could see it supply 100 million doses of a vaccine – with 30 million going to the UK – if the current human trials prove successful, Business Secretary Alok Sharma said on Sunday at the Downing Street news conference.

Despite the announcement, the Prime Minister earlier cautioned that there was still a lot to do and the search may never be successful.

The latest Department of Health figures showed 34,636 people had died in hospitals, care homes and the wider community after testing positive for coronavirus in the UK as of 5pm on Saturday, up by 170 from the day before.

Ministers at Westminster are keen to move to the next step of loosening the lockdown which would see primary schools in England begin a phased reopening from June 1.

Cabinet Office Minister Michael Gove said at the weekend that measures were being put in place to ensure the safety of children and teachers – although he acknowledged there was no guarantee it would not lead to a rise in the number of Covid-19 cases.

He urged councils such as Liverpool and Hartlepool – which have said they will not be opening schools in June – to reconsider their opposition to the plan.

However a number of teaching unions remain sceptical and are seeking further talks with Education Secretary Gavin Williamson in order to secure further reassurances about the Government's proposals.

From Monday, train companies are increasing services to 70% of standard timetable capacity to reflect the loosening of travel restrictions, said industry body the Rail Delivery Group.

But to enable social distancing, their capacity will be reduced to as little as 10% of normal levels, and passengers are being urged to avoid non-essential travel.

Unions have stepped up calls for safety measures in workplaces and have told their workers they will be supported if they refuse to work on safety grounds.

Officials have complained the Government is sending millions of workers mixed messages by telling them to return to work but avoid public transport even as more services are laid on.