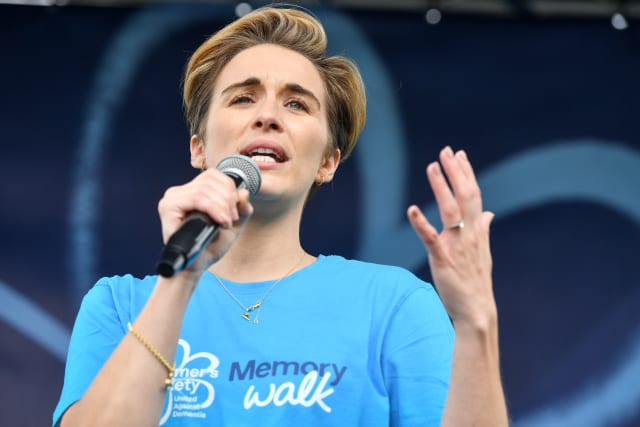 Line Of Duty star Vicky McClure has said it was a “massive blow” when the show was forced to shut down due to coronavirus and she is keen to resume filming as soon as possible.

McClure told the BBC’s Andrew Marr Show that filming will only restart when it is safe to do so, as she said that it is difficult for anybody, regardless of their business to not be able to go to work “when that is what we naturally do”.

The actress said: “It was strange because we were on set and a lot was unfolding.

“I think we all knew we were not far off having to shut down. And we did when it was the right time to do it.

“It’s a massive blow for everybody, no matter what business you’re in, it’s tough to not have to go to work when that’s what we naturally do.”

Asked by Marr if she is “raring to get back”, McClure said: “Yes, of course. I’m quite bored, as I think a lot of people are, but we just can’t rush it.

“Nobody knows how this is going to unfold and we’ve just got to make sure everybody’s safe.

“I feel for a lot of the crew, it’s a difficult time when you’re out of work.

“I want to get back as soon as we can, but that’s got to be when it’s safe and we’re not a show that is similar to the soaps where there’s a possibility of bringing the actual subject of corona into the storyline, where that could make it slightly easier for them to adapt to it, whereas it’s currently not in Line Of Duty’s world.”

The drama’s creator Jed Mercurio said it is still in doubt whether the show can return to filming this year.

He said: “The reasons we shut down were related to what was going on in wider society.

“We had a small outbreak earlier on in our shoot and because at that time there was the public health infrastructure providing test, trace and isolate we were able to contain it and carry on.

“The problem was when that was abandoned by the Government, we then were looking at a situation where we couldn’t apply that.

“To be honest with you there’s a lot we can do within the industry, but until wider society has the public health infrastructure of test, trace and isolate in place it’s going to be very hard for anyone.”

This is “one very important element” of being able to start Mercurio said.

“The reason for that is we can’t make productions in a bubble. The cast and crew will go home, they’ll come into contact with other people, they’ll be interacting with the rest of society, we have guest artists come on, crew interacting on and off set.

“I just don’t think, unless wider society has got the process right, we’ll be able to work in isolation.”

McClure, along with her Line Of Duty co-stars have filmed a video, as their characters, in support of an auction for the Asks for Masks campaign, which raises money for PPE for frontline healthcare workers.