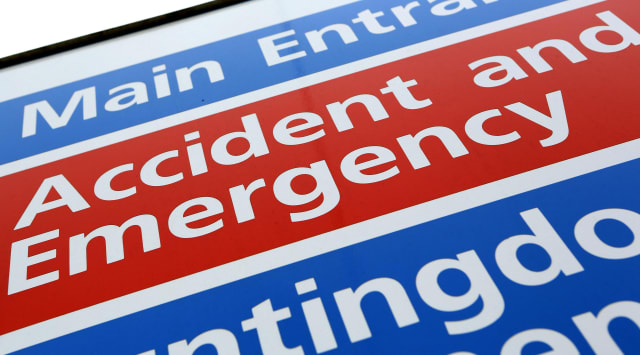 NHS national medical director Professor Stephen Powis revealed that the latest figures from Public Health England suggested that A&E attendances for cardiac and coronary conditions have recovered to levels they would normally expect.

Speaking at the Downing Street daily briefing on Sunday, Prof Powis said the increase follows the launch of the Help Us Help You campaign on April 25 by NHS chief executive Sir Simon Stevens, which encouraged those who needed urgent and emergency medical care to visit A&E.

Prof Powis said: “We have been really concerned that a combination of worries about the virus, and not wanting to be a burden on NHS staff, has meant that some people haven’t come forward for care for themselves or their families when they would usually have done so – and we saw that in the record low number of A&E attendances last month.”

Earlier this week, NHS England published figures which revealed 0.9 million A&E attendances were recorded in April 2020, down 57% from 2.1 million in April 2019.

It was the lowest number for any calendar month since current records began in August 2010.

Emergency departments saw reduced numbers for mostly lower risk conditions, Prof Powis said, including sprains which went down by 80%, alcohol intoxication by 60% and finger wounds by 50%.

“But encouragingly the latest data suggests that since we launched our Help Us Help You campaign the number of people attending with symptoms of heart attacks for instance has increased back to levels we would expect ordinarily,” he added.

“This doesn’t mean more people are having these problems, it means that the 50% drop in people seeking help has now gone back to normal in the past month.

“And it shows that the message we’ve been getting out – use the NHS as normal when you need it – is being heard.

“But there is no room for complacency, and so we will continue to remind you that the NHS is there for you when you need it.”