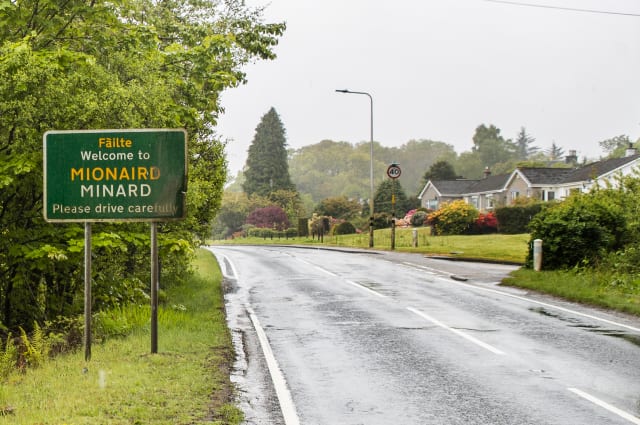 Villagers in the remote west of Scotland have discovered a renewed community spirit through efforts to combat lockdown loneliness.

Only a few hundred people live in Minard on the shore of Loch Fyne in Argyll, many of them elderly.

As the Covid-19 pandemic grew, a handful of residents began a Facebook group to help the vulnerable with shopping and their efforts have since grown, with the majority of those in the village now assisting.

Neighbours out for their daily exercise wave to people self-isolating or vulnerable residents who are shielding and living alone, and a “swap shop” has been set up in the village to allow people to leave donations to those in need.

Becs Barker, 49, is one of a core group of six who organise the efforts.

She said: “It’s been organic – people coming together doing what they’ve always done but making a little bit of extra effort. There is no formal structure, there’s no committee – it is just a group of neighbours looking out for each other in a small village.”

Mrs Barker, who is married with two grown-up children, said people in the village will offer to pick up groceries for others when travelling to nearby towns.

“There was a man in the village that contacted us to say, ‘How do I make a donation to the food bank?'” she said. “We don’t have a food bank in the village, so we set up a box outside the old shop, where people have put donations of food.

“And the idea is, anyone can help themselves without any questions – reducing any stigma.

“There is just generally a sense of people looking out for each other, re-evaluating what’s important. Making a point of saying hello to each other.

“For general health and wellbeing it is really one of the main ways forward.”

The community efforts have since spread to the nearby village of Furnace, and Mrs Barker said she would like to see other towns across Scotland take up the idea.

“Just go for it,” she said. “Just start by saying hello to somebody. And don’t be afraid that if somebody says to you, ‘Do you need some help?’ Or, ‘Would you like me to get your shopping?’ Just say yes.

“People want to help each other. It’s much easier to offer to help than to seek help. So you know, those that can should if they feel up to it.”

The village’s efforts have been welcomed by the charity Mental Health Foundation Scotland.

A spokeswoman said: “The Foundation welcomes the fantastic efforts of the villagers of Minard in coming together to show that kindness matters.

“This Mental Health Awareness Week we’re calling for others across Scotland to come together and see the coronavirus pandemic as the catalyst for developing a kinder society that protects and supports the most vulnerable.”