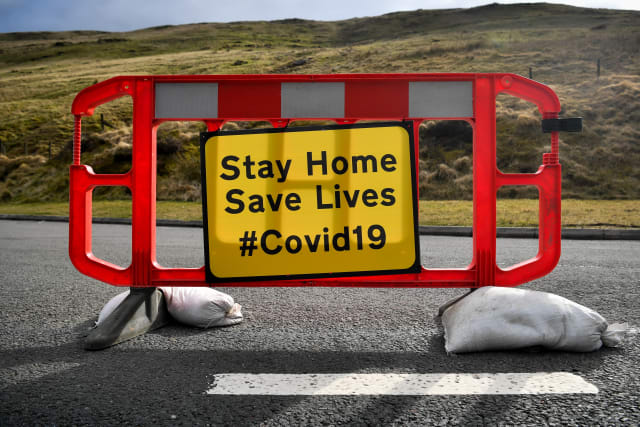 Visitors have continued to flout the stricter lockdown rules in Wales and travel to tourist destinations from England.

The lockdown rules have been relaxed in England so people can now “drive to other destinations” and meet one person outside their households outdoors.

But in Wales the stricter stay-at-home rules remain in force and people must exercise locally.

Police forces across Wales have continued to patrol beaches, coastal areas, and other public spaces, with the weather forecast to be sunny, and have also been conducting checks on motorists.

“The three occupants stated they were going to the beach, there was also camping equipment within the vehicle,” the force said.

“All three reported for non-essential travel, vehicle turned around.”

Meanwhile, a black Nissan Navara was stopped at Llanteg, having travelled 200 miles from Wokingham in Berkshire.

“The occupants were unable to account for their reasons for travel. Vehicle turned around accordingly, both occupants reported.”

South Wales Police arrested a motorist who was allegedly caught speeding at 140mph on the M4 at Bridgend and then provided a positive test for cannabis.

Where members of the public refuse to listen to advice, officers can issue penalty notices of £60, which will rise to £120 if they have previously received a fixed penalty notice under the same regulations.

Individuals who do not pay a fixed penalty notice could be taken to court, with magistrates able to impose further fines.

If an individual continues to refuse to comply, they will be acting unlawfully, and the police may arrest them.