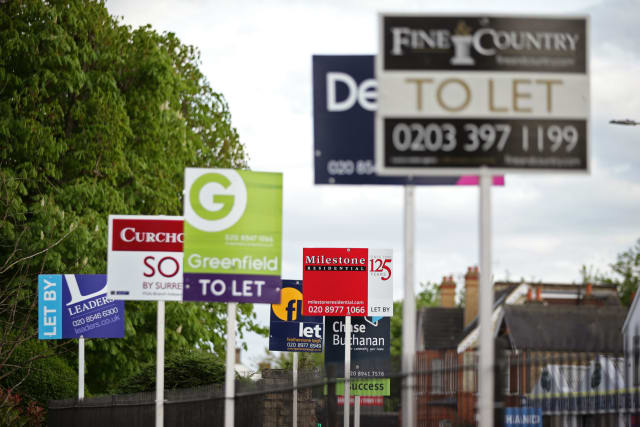 The average rental property took nearly a month to let to tenants in April, the longest period in at least seven years, according to an index.

Across Britain, it took 29 days on average to let a rental home in April 2020, five days longer than the typical period a year earlier and the longest time to rent since records started in April 2013.

When the index started, the average time to let was just 18 days.

Properties in Wales took the longest to rent out, at 34 days on average, the index, from Hamptons International found.

It said lockdown measures have led to more people staying put and this is reflected in the figures. In England, the property market was opened up once more last week, making it easier for home buyers and renters to move.

The South West of England was the quickest region to let a home in April, at 25 days on average.

The East of England was the second quickest region, taking 26 days on average. London followed in third place where the average home let in 27 days.

Hamptons said three-bedroom homes currently tend to take the least amount of time to rent out whereas usually one-bedroom homes are the fastest to be snapped up by renters.

Aneisha Beveridge, head of research at Hamptons International, said: “Restrictions on movement throughout April meant that those homes available to rent took much longer to let than usual.

“Demand fell back as most tenants chose to stay put and extend their existing tenancies. It took 29 days on average to let a home in Great Britain last month, the longest time recorded in any April since our records began in 2013.”

She added: “Given the changes to Government advice on home moving announced last week, we expect activity in the rental market to return quickly.”

Here are the average number of days it took for a rental property to be let out across Britain in April, according to figures from Hamptons International:

– Yorkshire and the Humber, 33