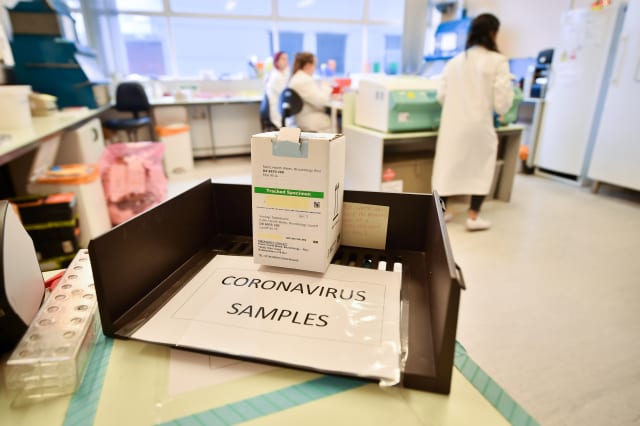 Wales’ plan to exit the coronavirus lockdown has been announced by First Minister Mark Drakeford.

The 20-page document has been described as a  “traffic light roadmap”, and details what restrictions will be eased through three stages – red, amber and green.

Each of the stages will see a “cautious” lifting of measures which apply to schools, businesses and general freedoms, which Mr Drakeford said “puts people’s health first” and “isn’t just about getting people back to work”.

But unlike in England, the Welsh Government has decided not to give any dates for when the country could expect any of the changes.

On Friday he told the Welsh Government’s daily coronavirus briefing: “It is based on the latest scientific advice.

“We will act carefully and cautiously in partnership with people in a way that is right for Wales, and we will put people’s health first.”

But the Senedd’s Conservative group leader, Paul Davies, described the plan as a  “a roadmap to a cul-de-sac” , adding: “We need to begin to unlock society but Mark Drakeford seems to have lost his key.”

And Plaid Cymru leader Adam Price said the exit strategy was “thin on detail”, saying Wales should adopt the New Zealand model of driving down the disease’s reproduction value (R number) to eradicate new cases rather than managing them.

Mr Drakeford said no dates have been given for the changes as they will be made according to “scientific and medical advice”, but insisted his plan did show how Wales was moving “cautiously and carefully” into the first red zone step.

If the virus remains under control, the amber zone would follow and include allowing priority groups of pupils to return to school, taking exercise in a small group, and the reopening of museums, galleries and other events, including weddings.

Further control of the virus would move the country into the green zone, allowing all education to resume, socialising in small groups, unrestricted travel, the return of sports events with limited capacity, and reopening of all workplaces with physical distancing, including restaurants and pubs.

Mr Drakeford said it was possible different areas of life could be in different stages of the traffic light system at certain times, and admitted the new system was “more complex” than the previous stay-at-home message.

He said: “That is the simple fact of life, that there will be some settings where it will be easier to put into place those measures that can keep people safe.”

The education minister, Kirsty Williams, later announced the Welsh Government’s plan for the full reopening of schools, but warned she would not yet set a date for their return.

She said: “Nothing would make me happier than seeing our classrooms full again.

“But I want to be clear that this framework does not, and I will not, set an arbitrary date for when more pupils will return to school.

“Setting a date before we have more evidence, more confidence and more control over the virus would be the wrong thing to do.”

The document says the decision for schools to return will be made based on its likely impact on the R number, but that the role of children in the spread of the virus, who are likely less susceptible to infection, is “not yet clear”.