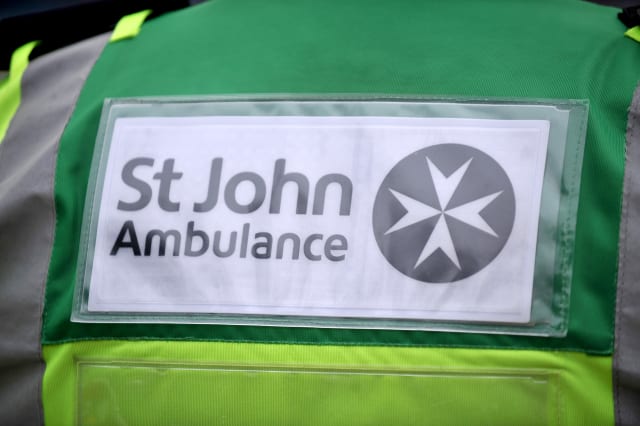 St John Ambulance is preparing to make more than 250 staff redundant as the charity loses £1.4 million a week in revenue due to the coronavirus pandemic.

According to a confidential internal document seen by the PA news agency, the leading first aid charity is preparing to make around 255 staff redundant.

The charity confirmed it may need to make around 250 people redundant as its income-generating work has largely been halted due to Covid-19.

Several hundred members have offered their services to the NHS Nightingale hospital in east London during the pandemic.

The redundancies will not affect the charity’s volunteers or their ability to support hospitals and ambulance services.

The document said: “Our income-generating work (mostly workplace training and first aid cover for events) has virtually stopped which is costing St John £1.4 million every week in lost revenue.

“The forecast for the return of workplace training has some unknowns but it is likely to be late-2021 before we get anywhere near the volumes of 2019.

“Public events, which include spectators, are now unlikely to return until 2021 with several sporting organisations saying that they think spectators should be excluded until a vaccine for Covid-19 is widely available.”

The charity document said the 255 figure was approximate and notwithstanding measures to reduce the impact including the Government’s Job Retention Scheme, freezing recruitment and retraining some employees.

Around half of its staff have been furloughed.

The redundancies are expected to take place between August this year and March 2021, with most occurring by the end of the year.

The majority will be in the workplace first aid training part of the organisation, the charity told PA.

“However, we are a charity and have seen major sources of income dry up over recent months.

“The extent of this economic impact means we currently estimate that we need to make around 250 posts redundant in order to secure our survival and continue serving communities in future.

“We have benefited from government support as well as the furlough scheme but it is clear that we need to act sooner rather than later to protect our charity.

“We want to ensure that those affected are dealt with fairly and transparently, and will seek to minimise the impact of this as much as we can.”

In March, Mr Houghton-Brown told MPs the charity had funds to last until the summer, but without Government support it would be forced to resort to borrowing to aid the NHS with a potential second wave.