More than one in three nursing staff have inadequate PPE, survey suggests 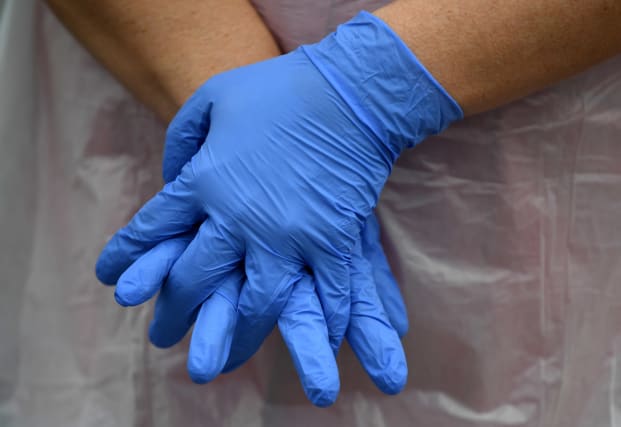 More than one in three nurses and healthcare assistants are caring for Covid-19 patients without adequate personal protective equipment (PPE), a poll suggests.

The UK-wide survey of more than 5,000 nursing staff for the Royal College of Nursing (RCN) found 34% were working without adequate PPE, including gowns that have been promised by the Government.

Almost a quarter (23%) of respondents who need gowns said there were not enough for them to use, with a further 34% concerned about the supply for their next shift.

Some 58% of nursing staff across both the NHS and social care said they had raised concerns about PPE, with 27% saying these concerns had not been addressed.

For those who did not raise concerns, many said they thought it would make no difference to the action taken in their workplace while others were worried it would have a negative impact on their career.

Almost one in five (19%) staff working in high-risk environments said there were not enough respirator masks for them to use, with a further 35% concerned about the supply for their next shift.

More than four in 10 (44%) are being forced to re-use single use equipment and 32% had not been adequately fit-tested for respirator masks.

Dame Donna Kinnair, chief executive of the RCN, said: “We continue to hear that our members are still not adequately protected.

“This is particularly concerning especially if the country faces the threat of a second wave.

“We have repeatedly raised the issue with UK governments and have heard assurances that PPE is being delivered.

“But this survey – and the direct contact I have with members – shows that is not the experience on the ground in hospitals as well as in care homes.”