Covid-19 death peaks: How the four nations of the UK compare 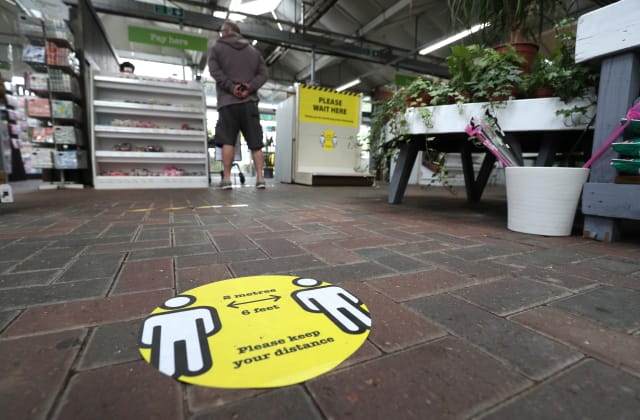 The latest data from the UK’s statistical agencies suggests there has now been a peak in deaths involving Covid-19 in each of the four nations of the country – though the trend since that point has not been consistent.

In all cases the data is based on death registrations, where Covid-19 was mentioned on the death certificate, whether as the underlying cause or not.

Here is what the data shows.

In England, it has been clear for a few weeks that there was a peak in deaths on April 8. This was evident first in figures from NHS England for hospital deaths, but has now been confirmed in data from the Office for National Statistics (ONS), which is based on registered deaths involving Covid-19 in all locations.

This show a peak of 1,253 deaths on April 8, followed by a reasonably consistent trend downwards. The latest numbers – based on deaths registered up to May 9 – go as far as May 1, when 513 deaths occurred.

All these numbers are provisional. This is because it takes time for deaths to be officially registered, and there may have been deaths involving Covid-19 that took place up to May 1 but which have yet to be fully recorded. The next update from the ONS will be on May 19.

In Wales, the ONS data shows a peak on April 8 as in England, though the 72 deaths that took place on that date were only just higher than the 71 deaths that occurred four days later on April 12.

Since that point, the overall direction has been downwards – but the trend has been inconsistent.

Like Wales, Scotland has seen an inconsistent decline in the daily death totals, though the direction is also downwards.

According to data from the National Records of Scotland, there was a peak on April 9 of 108 deaths, which was also when the daily total went above 100 for the first time.

Since then, the number has tracked broadly downwards with occasional spikes. The latest data, which is for deaths that took place up to May 3 and which were registered up to May 10, shows the daily total has not been above 70 since April 27.

Northern Ireland has the lowest number of deaths of the four nations, and this is reflected in its daily figures.

Data from the Northern Ireland Statistics & Research Agency, for deaths involving Covid-19 occurring up to May 8 and registered by May 13, shows that the total number of deaths taking place on a single day has never been higher than 25.

This makes it hard to detect a clear trend in the overall figures, with peaks of 25 deaths occurring on both April 9 and April 22.

But the daily total has been below 10 on the four most recent dates for which information is available (May 5-8).

Next week’s data from Northern Ireland – due to be published on May 22 – will reveal whether the numbers have stayed at this low level.