Contact tracing: What does it do, why is it crucial, and can I be recruited? 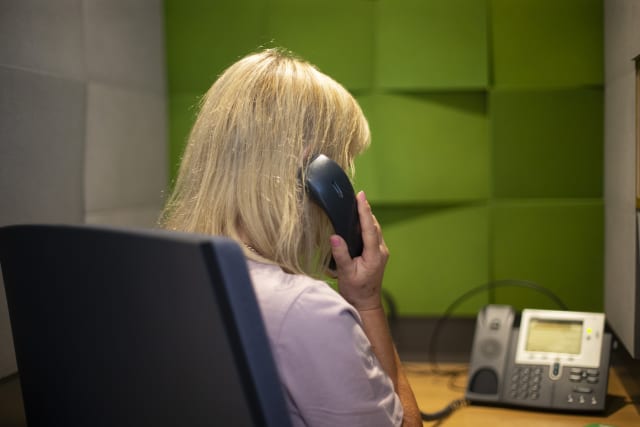 The Government has come under fresh fire from Labour over the nuts-and-bolts of its track-and-trace operation, seen as a crucial component of efforts to safely ease strict lockdown measures further without risking a second wave of coronavirus infections.

In particular, Rachel Reeves – shadow chancellor of the Duchy of Lancaster – has called for answers and clarity over the operation.

– What is the test, track and trace strategy?

In a nutshell, test, track and trace means testing people for coronavirus, tracking the spread of the virus, then tracing the people an infected person has come into contact with.

However, Public Health England advised ministers in early March that the policy should be stopped because the virus was “more widespread”.

Inhabitants on the Isle of Wight are at the forefront of part of the new operation, after being involved in a pilot scheme to download a contact tracing app developed by NHSx, the health service’s digital technology arm.

It works by using a bluetooth signal to send automatic, anonymous alerts to anyone the user has recently been in close proximity to once that phone user registers they have either tested positive for – or are displaying symptoms associated with – Covid-19.

Separate contact tracing will run alongside the app. While the app works automatically, a legion of human contact tracers is being recruited to manually gather information about the places infected people have visited and others they have been in contact with to get a detailed picture of who might be at risk of infection.

The Government pledged it would recruit 18,000 contact tracers by the middle of this month, though Labour cited expert evidence saying nearly three times that number would be required to manage the workload.

Of those, some 3,000 would be qualified public health and clinical professionals, and the remaining 15,000 will be call handlers.

– How many contact tracers have been recruited so far?

According to Northern Ireland Secretary Brandon Lewis speaking on Friday morning, 1,500 contact tracers had been hired by “earlier in the week”. That’s less than 10% of the target.

Mr Lewis said there have been around 15,000 applications for the roles, and they are looking to get more.

The Government’s self-imposed targets have come under particular scrutiny since the pandemic took hold, perhaps most notably the commitment for 100,000 coronavirus tests per day by the end of April.

– Sounds like an important job. Is there a concern the need for candidates will dilute the quality or suitability of those being hired?

That certainly seems to be among Labour’s main concerns, yes.

In Rachel Reeves’s letter to Michael Gove, her Government counterpart, she described contact tracing as a skilled role, involving the handling of highly sensitive information.

“Yet”, she said, “job advertisements for manual contact tracing staff are presented as a ‘work from home opportunity’, at an hourly rate of less than the living wage.”

– Sign me up! What does the work involve and what do I have to do?

According to an online advert posted by Workforce Staffing Ltd, a contact tracer in Edinburgh can expect to earn £9.42 per hour – above the minimum wage – for shifts between 8am and 8pm, Monday to Sunday.

It offers an immediate start date, and three months’ employment – but adds it is “expected to be a long-term requirement due to the current pandemic”.

Applicants will be required to work from home and need to be “patient, caring and have the ability to handle difficult situations”.

It adds: “You will have the responsibility of contacting the general public who will need advice and the best course of action for themselves, family or friends.”

There does not appear to be an obvious page on which to apply on the Government’s website.

The recruitment drive has apparently been handed to Serco.

Serco – the outsourcing giant formally fined more than £19 million last year having “cooked the books” in overcharging the Government to carry out electronic tagging, prompting an audit of its contracts.

It has also run Yarl’s Wood, the much maligned immigration removal centre in Bedfordshire since 2007.