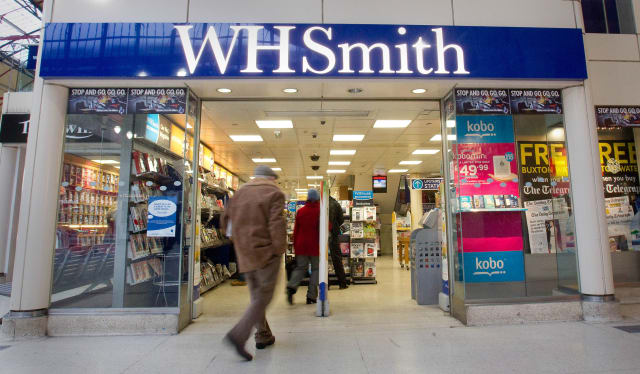 Retailer WH Smith has warned over a “significant hit” since March as the coronavirus lockdown forced it to close travel outlets in railway stations and airports and many of its high street stores.

The group said total revenues plunged 85% in April, with sales crashing 91% across its travel arm – which makes up more than half of its annual turnover – and 74% in its high street chain.

WH Smith said it had temporarily closed the vast majority of its 1,194-strong stores in the travel business, though it kept around 130 open in UK hospitals to help serve frontline NHS staff and has extended its grocery ranges in these outlets amid the crisis.

The travel arm has been a major engine for growth of the business in recent years, helping offset tough UK high street conditions.

As well as a presence across Britain’s travel network, WH Smith also operates in over 100 international airports and 31 countries.

Carl Cowling, group chief executive of WH Smith, said: “Since March, we have seen a significant impact on our business as a result of Covid-19, with the majority of our stores closed around the world.”

He added: “We are a resilient and versatile business and with the operational actions we have taken including managing costs and the new financing arrangements, we are in a strong position to navigate this time of uncertainty and are well positioned to benefit in due course from the normalisation and growth of our key markets.”

WH Smith kept 203 of its high street stores with Post Offices open amid the lockdown, but temporarily shut the bulk of the 575-strong chain.

While store sales were decimated, WH Smith noted a jump in online sales, with book sales surging 400% as Britons looked for ways to pass the time at home.

It said it was working on plans for a phased reopening of stores over its second half, focusing on driving spend per passenger across its travel chain as outlets begin trading again.

The group has furloughed a “significant” number of its staff across stores and head offices, while also axing its interim shareholder dividend payout amid cost-cutting efforts.

The impact of coronavirus on the group came after a robust first-half performance, which saw WH Smith post a 3% fall in pre-tax profits to £63 million – up 1% at £93 million on an underlying basis.

Travel stores enjoyed an 11% jump in profits at £49 million over the six months to February 29, offsetting an 8% fall for the high street business, at £44 million.

“There was very little impact of Covid-19 on our first-half results, however inevitably the performance in the second half will be very different,” said Mr Cowling.