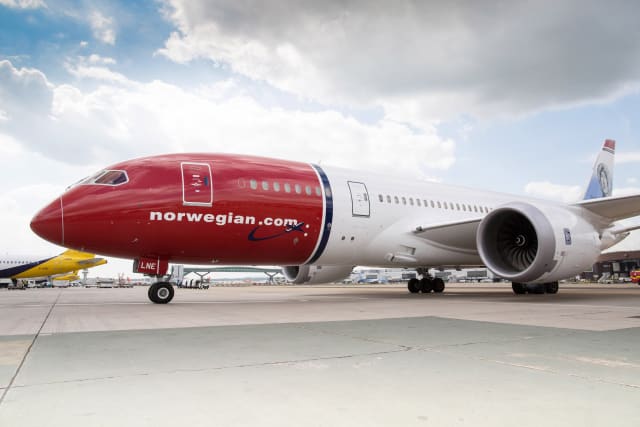 Stormont is paying out more than £2 million a year to cover a subsidy for transatlantic flights that do not exist.

Almost two years since the last direct flight between Northern Ireland and the US, the Executive is still returning £2.3 million each financial year to the Treasury as part of a deal in which the devolved administration axe long haul air passenger duty.

Details were uncovered by SDLP Assembly member Matthew O’Toole through a written question.

The £2.3 million reflects the lost revenue that would have been generated by a service between Belfast and New York if the duty had still been in place.

It is a set sum agreed at the outset of the deal in 2012 and does not fluctuate depending on what the estimated tax revenue is in a given year.

That means it is still being returned to Treasury coffers from the region’s block grant despite the last long haul services, operated by Norwegian Air, ending in October 2018.

From that, date around £6 million has been committed to cover the subsidy for long haul flights that do not exist.

Mr O’Toole said the situation is “absurd” and called on Stormont’s Finance Department to engage with the Treasury to end the payment.

He branded the scheme as “half-baked” and a “white elephant”.

The MLA said the anomaly has been exacerbated by the Covid-19 emergency and demanded the money be reallocated to pressing priorities in Northern Ireland.

“It is outrageous that in the current crisis circumstances, Northern Ireland is spending millions of pounds subsidising non-existent long haul air routes,” he said.

“This is all the more shocking when one considers the dire prospects for our much more critical short-haul connectivity to Great Britain.

“We are paying for the privilege of having theoretically zero taxes on long haul travel despite not having had a single route since 2018 – and there being precious little prospect of any routes for the foreseeable future.”

He added: “While a transatlantic air link is good in itself, this policy was abysmally designed from the outset – and has led to the absurdity of subsidising non-existent routes when we are losing short haul connectivity and jobs.

“This policy was supposed to be a flagship of the last Executive’s economic policy but was in actual fact the typical mix of chest-beating Ulster nationalism and client capitalism.

“The blunt truth is that most long haul visitors to the north will come via Dublin Airport or London.

“As we come out of this crisis, we need a properly thought-through long-term economic response, including a strategy to rescue our short-haul connectivity – not half-baked schemes like this.”