Only a matter of time before fatality in footballer raids, says security adviser 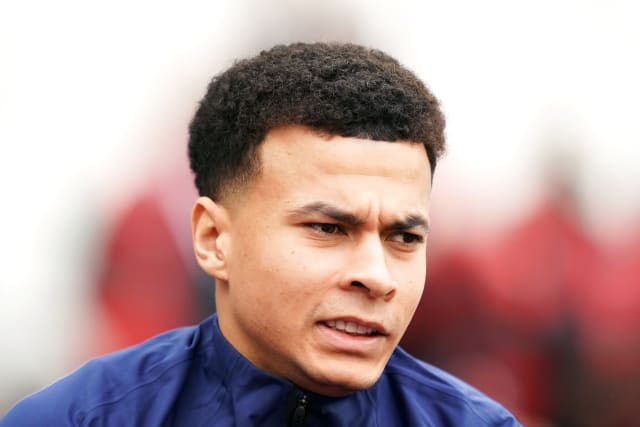 It is “only a matter of time” before a footballer or their partner is severely injured or even killed in a botched home invasion, a security adviser to the stars has warned.

Many players flaunting their exorbitant items give away too much information, including their locations and home layout, and become a “challenge” to would-be robbers, said Alex Bomberg.

It comes after a spate of high-profile attacks on top-flight players, most recently on Tottenham midfielder Dele Alli.

Mr Bomberg, whose security service International Intelligence Ltd advises high-profile clients, said footballers were being poorly educated on protecting themselves and that clubs have a “duty of care” not being properly fulfilled.

The former soldier told the PA news agency that some raids appeared to be tied to organised crime but some are simply opportunists who research social media and fixture lists, and stake out homes to discover weaknesses.

Mr Bomberg said: “You don’t need to show around pictures of your expensive watch – the moment you start doing that, you become a challenge to people, you become fair game.

“Look at the MO (modus operandi) of how these perpetrators are going about robbing footballers: researching social media, see when they are going to be playing football.

“They can say ‘this is the living room, there’s a patio door here that we could use, his watch collection is on that mantelpiece’.

“They might do drive-pasts, see a pizza get delivered one night and just knock on the door saying ‘pizza’.

“The problem with social media is finding balance between self-promotion and getting yourself into trouble.”

He called the attack on Alli, 24, “brazen” and said the criminals were taking a “very high level of risk” pursuing a “big pay off” in “portable assets” worth tens of thousands.

Mr Bomberg, who has two decades’ experience in personal security, added: “This is a really bad turn of events.

“Something we don’t normally see in the UK is home invasions. Something can go wrong very, very quickly.

“Robbing people’s homes when they’re empty is a very different set of risks to take.

“It’s only a matter of time before one of these incidents turns really, really nasty.”

He added: “It’s only a matter of time before a player’s wife or girlfriend gets killed, the player will be out playing football … it will all go terribly wrong.”

The 48-year-old said everyone in a star’s household should rehearse drills so they react quickly and properly in critical situations and should be trained in using panic buttons installed throughout homes.

“They need to know what part they need to play if something goes wrong, you’ve got to have a plan in place. CCTV is only good after the fact”, Mr Bomberg said.

He added there was “not enough education” for players and that the Football Association needs to lead a “difficult conversation” and “recognise there is a problem”.

Mr Bomberg, who lives in Gloucestershire, said top-end, round-the-clock security services can cost up to £400,000 per year.

As well as numerous reported high-profile cases, he estimated there are many similar muggings and thefts which go unreported as it can be “embarrassing, especially if you are a 20-something, fit, macho sports star, film star” and can also raise insurance costs.

His clients include sports stars, royals across Europe and musicians, he said.