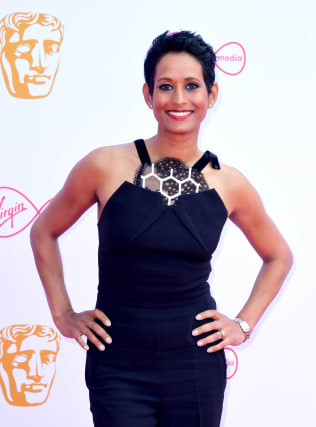 Naga Munchetty has said that “lessons have been learned” following a controversy over on-air comments she made about US President Donald Trump.

The BBC Breakfast presenter told The Guardian that she has had “very robust” conversations with senior figures at the broadcaster over the incident.

Ms Munchetty was previously judged to have breached BBC editorial guidelines when last year she discussed comments made by Mr Trump after he told female Democrats to “go back” to their own countries.

In the July 17 broadcast, Ms Munchetty had said that “every time I have been told, as a woman of colour, to go back to where I came from, that was embedded in racism”, adding: “I’m not accusing anyone of anything here, but you know what certain phrases mean.”

The ruling was later reviewed and reversed by the corporation’s director-general Lord Tony Hall.

Ms Munchetty told The Guardian that she is not “a victim in any shape or form”.

She added: “I think there was a process that needed to be gone through.

“I think lessons have been learned and things are improving.

“We’re learning all the time – the BBC learns, I learn, move on.”

She added: “Tony Hall and I have had conversations since, very robust conversations, as I’ve had with other members of management.”

The presenter said that while “as journalists, you are taught to bring balance to everything we do”, she also feels “a responsibility to show that certain things are not acceptable”.

Ms Munchetty added: “And some things are not nuanced.

“You have to have some faith in your journalists being smart, educated, curious, intelligent people.”

She said that in her job “our personalities are important”.

“I’m not there to give an opinion, but I’m equally not there to ignore a damaging opinion and to absorb that into our coverage,” she said.

In a letter to staff which was sent last year by Lord Hall after he reversed the ruling that Ms Munchetty had breached editorial guidelines, he said that “racism is racism and the BBC is not impartial on the topic”.