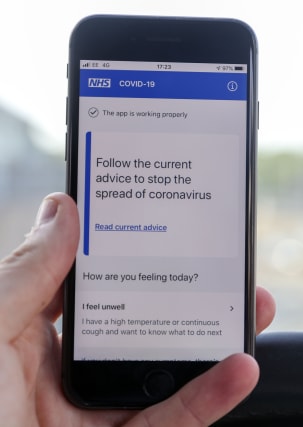 More than half of the residents of the Isle of Wight have downloaded the Covid-19 contact tracing app being trialled on the island, it has been revealed.

He said: “There are now over half the residents of the Isle of Wight, where this is being tested out, who have downloaded the tracking app for the first time, or, in total, rather the actual number is 72,300.”

The NHSX app is part of the Government’s test, track and trace strategy, and is central to its efforts in slowing the spread of coronavirus.

The technology is being trialled on the Isle of Wight ahead of a national rollout expected around mid-May.

Earlier this month, Mr Shapps said that around 50% to 60% of people will need to use the software for it to be effective.

The app uses Bluetooth to detect when a person’s phone has been near another owned by someone reporting symptoms of Covid-19, sending a notification to the user and offering them advice on what to do to prevent spreading the disease.

The Government has also said the app can be used to order a Covid-19 swab test if you have symptoms of the virus.

It is available on Apple IOS version 11 and higher and Android version 8 and higher.