Health service open for anyone who needs it, says NHS Wales boss 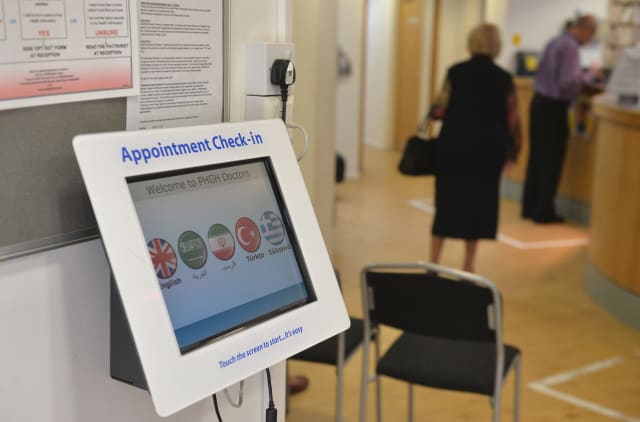 The NHS in Wales remains open despite concerns raised by doctors that patients are “afraid” to see their GP or visit hospital during the coronavirus crisis.

Dr Andrew Goodall, chief executive of NHS Wales, said the health service had not been overwhelmed by the Covid-19 pandemic and was still there for people who needed emergency care.

The Welsh Government revealed the number of people attending Welsh emergency departments had fallen by up to 50% since the start of the coronavirus pandemic.

Dr Goodall said emergency admissions to hospitals had fallen by a third, while there were 10% fewer people being taken to hospital by ambulance and “activity” at GP surgeries had dropped by up to 25%.

“I think we need to recognise this is going to be a cautious and progressive approach,” he said.

“Urgent and critical care continues whether there is a virus around us or not.

“I don’t think it is a switch we can just press; I think we are going to need to review how we roll this out.”

Earlier, a GP had told the Senedd health committee that patients did not want to be a burden on the health service and were staying away.

Dr Robert Morgan, of the Royal College of General Practitioners Wales, said: “They are afraid of coming into the general practice, they are certainly afraid of going into hospital.”

Speaking at the daily Welsh Government briefing, Dr Goodall said that in the early stages of the pandemic, staying away from hospital did help the NHS prepare for the peak.

“We now need to look after those areas and I remain concerned that our A&E attendances, our emergency admissions and our referrals are lower than we would expect at the moment,” he said.

First Minister Mark Drakeford is expected to publish a coronavirus exit plan for Wales on Friday but Dr Goodall said he was concerned there was “real potential” for a second peak of infections.

But he said he was also sure Welsh ministers would “make some steps backwards” and reverse lockdown measures that had been relaxed if this was needed.

“It is quite clear we are through that initial peak and I would hope that we can continue to deploy mitigating actions if there was to be either a second or a third peak in the future,” he added.

Dr Goodall said he was worried about the fall in the number of cancer referrals but thought they were beginning to rise.

“The number of people added to the waiting list is twice the level just three weeks ago, but in overall terms, the number remains lower than in previous years,” he said.

Meanwhile, Public Health Wales said a further 10 people who had tested positive for Covid-19 had died, bringing the total number of confirmed deaths in Wales to 1,164.