Carry on camping: Tents may prove safer than a hotel, health chief says 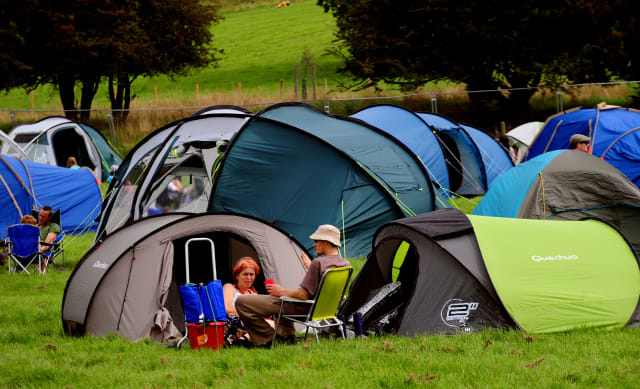 Coronavirus could turn Britain into a nation of happy campers after health officials said campsites or caravan parks could prove to be lower risk than a hotel for a holiday.

Deputy chief medical officer Professor Jonathan Van-Tam said it is a “biological truism” that being outdoors is safer than being in an enclosed space with people potentially carrying the virus.

At the Downing Street press briefing, Prof Van-Tam and Transport Secretary Grant Shapps were asked if campsites might be allowed to reopen sooner than other forms of holiday accommodation.

Prof Van-Tam promised to give “careful thought” to what steps would be needed to allow campsites and caravan parks to reopen.

“It is the same for a caravan, so it is not a straightforward as it might sound – indoors vs outdoors, hotels vs campsites, it is a little more complex than that.”

“I will begin to give that some careful thought,” he said.

Mr Shapps emphasised that staying overnight anywhere other than your own home is still off limits.

Last month, the Transport Secretary provoked an outcry from the travel industry when, speaking on BBC Radio 4’s Today Programme on April 17 about consumers being unsure whether to book a trip, he said: “I won’t be booking a summer holiday at this point, let’s put it that way.”

He added people would “want to see what the trajectory of this disease is in the next few weeks”.

Abta, which represents UK travel firms, issued an angry response to the interview.

It said: “It was a thoughtless comment and not based on any facts about what we know today about the future of the pandemic, but it shows complete disregard for the UK travel industry, the hundreds of thousands of people it employs and the struggle it is facing in this current crisis.

“It would be better if the Government focused on taking the necessary steps to support the sector rather than undermining confidence in it.”