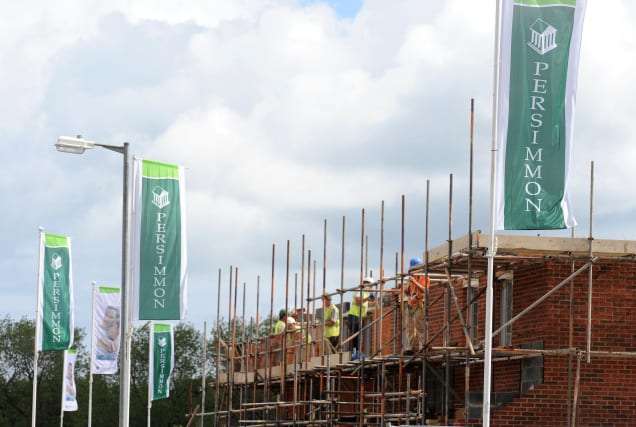 Builders Persimmon and MJ Gleeson will ramp up their operations after the Government eased restrictions on moving home earlier this week.

MJ Gleeson said that it will slowly start back up, and will have reopened half its building sites by the end of the week. It will also open 19 sales offices this week.

Persimmon’s builders had already started upping tools on April 27, but on Friday its sales offices will open their doors to potential customers.

The builder had originally shut all of its construction sites at the end of March.

The company said it had not relied on Government support to furlough its staff during the period, so is able to get them back to work quickly.

During the weeks that its sites were closed, Persimmon staff were testing a range of new methods for working safely during a pandemic.

“Now, as we re-start activity, this decision is also enabling us to get back to work swiftly and safely,” said chief executive David Jenkinson.

Earlier this week, the Government said it would allow people to visit estate agents if they need to move homes.

The economy has been in lockdown for weeks in a bid to prevent the spread of coronavirus.

The lockdown is thought to have put around £82 billion of transactions on hold in the property market.

The news follows similar moves from fellow housebuilders Taylor Wimpey and Crest Nicholson, which both said on Wednesday they would scale up their works.

Mr Jenkinson said: “We support the Government’s view that the housing sector has a key role to play in the UK’s economic recovery.

“The urgent need for new homes has not been diminished by Covid-19 and the new measures announced by the Government will reopen the housing market and allow people to get moving again.”