British Airways’ 12,000 job cuts to go ahead despite furlough extension 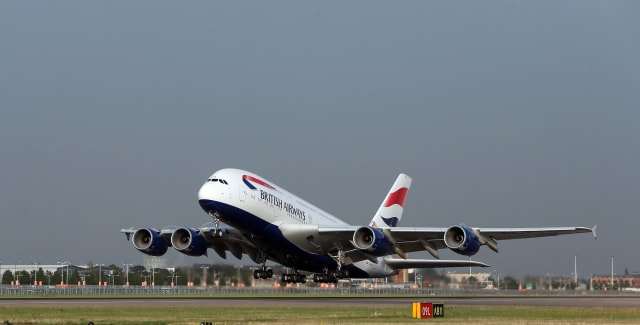 British Airways’ owner has confirmed 12,000 job cuts at the airline will still go ahead despite the Government extending its furlough scheme until the end of October.

IAG chief executive Willie Walsh told MPs on Monday, before the extension announcement by Chancellor Rishi Sunak, that he was not “picking on” British Airways.

Instead, he explained, the timing of the decision was due to the UK’s labour laws, which mean staff must be given a 45-day consultation period ahead of any redundancies.

But Mr Walsh’s IAG, which also owns airlines including Iberia and Aer Lingus, said on Wednesday the redundancy consultation will continue, after he was asked to put it on hold.

He wrote: “I was pleased to see the announcement by the Chancellor that the CJRS (furlough scheme) is being extended.

“We commend the Chancellor for his decision and applaud his efforts to breathe some life into a dying economy.

“His actions will provide some additional relief to our people and our business.

“However, we must act now to secure the maximum number of jobs possible, consistent with the reality of a structurally changed airline industry in a severely weakened global economy.

“I want to confirm therefore that we will not pause our consultations or put our plans on hold.”

Industry figures believe it could take airlines at least three years to return to pre-coronavirus levels, meaning they would not be able to financially support staff while flights remain unfilled.

Others are attempting to preserve cash by offering vouchers to customers, instead of cash, and delaying payments.

Mr Walsh added in his letter to the committee that BA has processed cash refunds for 921,000 tickets involving 2.11 million flights, with a further 47,400 pending.

A further 346,000 bookings were cancelled by customers in return for a voucher, with 1,700 bookings where a voucher has been requested but has not yet been processed, he said.

On Monday in evidence to the Transport Committee, he said the redundancies were at BA because “the labour legislation in Ireland and Spain – the two other major countries in which we operate – it’s different. We’re required to do it in a different way”.

Committee chairman Huw Merriman said that while it is clear the aviation sector “is on its knees right now”, the extension of the Government’s furlough scheme until October would allow BA employees to keep their jobs despite most flights being grounded.