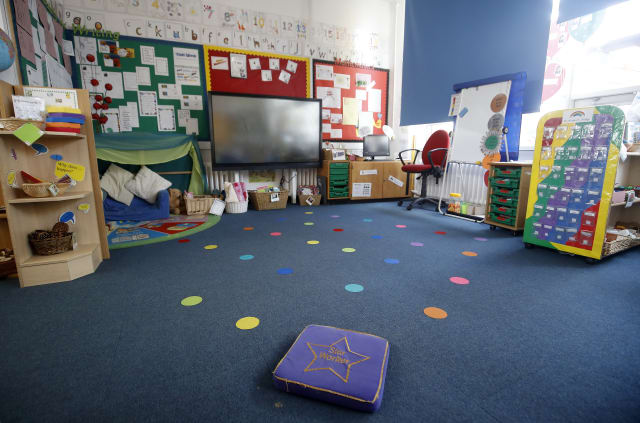 Schools should be allowed to make their own decisions about reopening – especially in areas where there is a higher proportion of black, Asian and minority ethnic residents, council leaders have said.

The Local Government Association (LGA) is calling for some schools in England, in consultation with councils, to be given greater flexibility locally over reopening as they argue that some communities are at higher risk.

It comes after an analysis by the Office for National Statistics suggested that black men and women are more than four times more likely to die a coronavirus-related death than white people.

The LGA wants councils to be given more powers to close schools if testing indicates clusters of new Covid-19 cases – and it says the Government should urgently publish the scientific evidence underpinning the decision to reopen England’s schools to more pupils from June 1.

The Government has faced increasing pressure from education union leaders and MPs to release the science behind its plans to send children in Reception, Year 1 and Year 6 back to school from next month.

Osama Rahman, chief scientific adviser at the Department for Education (DfE), said there was a “low degree of confidence” in evidence suggesting that children transmit Covid-19 less than adults.

Mr Rahman also told MPs on Wednesday it was not the DfE’s decision to reopen schools in England to three primary school year groups from June 1. He said it was decided by the Cabinet.

Education unions told the PA news agency they are due to attend a briefing on Friday afternoon with the Government’s scientific advisers to go through the decision to reopen schools in England.

Cllr Judith Blake, chairwoman of the LGA’s Children and Young People Board, said: “We know parents are anxious about sending their children back to school or nursery. Plans to reopen schools and early years settings must focus on reassuring parents that it will be safe for children to return to school.

“Publication of the scientific advice is vital to help provide that reassurance. The safety of staff, parents and families is absolutely paramount.”

Mary Bousted, joint general secretary of the National Education Union, said: “We agree with the LGA that publication of the scientific advice is vital to help provide reassurance to the public.”

She added: “We have concerns that a wider opening of schools, too early, poses a lot of unanswered questions about the risks in poor communities.

“The DfE has not done nearly enough thinking about the emerging evidence about the racial disparities of the epidemic and what it means for schools with diverse pupil populations.”

He said: “I am being deeply critical of the attitude. It’s about how can we work together to make it work as safely as possible. Anyone who works against that in my view is working against the interests of children.”

The Government’s Covid-19 recovery strategy said its ambition was for all primary school children to return to school before the summer holidays for a month “if feasible”.

But the National Association of Head Teachers, whose members are mainly in primary schools, has advised school leaders not to plan for a full reopening from July at present.

Education Secretary Gavin Williamson said: “When you have medical and scientific advice that is saying it’s the right time to start bringing schools back in a phased and controlled manner, it seems only the right thing to do and the only responsible thing to do.”

A DfE spokeswoman said: “We want children back in schools as soon as possible because being back with their teachers and friends is so important for their education and their wellbeing.

“Plans for a phased return of some year groups from 1 June, at the earliest, are based on the best scientific and medical advice. The welfare of children and staff has been at the heart of all decision making.

“We have engaged closely with the unions throughout the past seven weeks and will continue to do so, including to develop further guidance for the sector.”