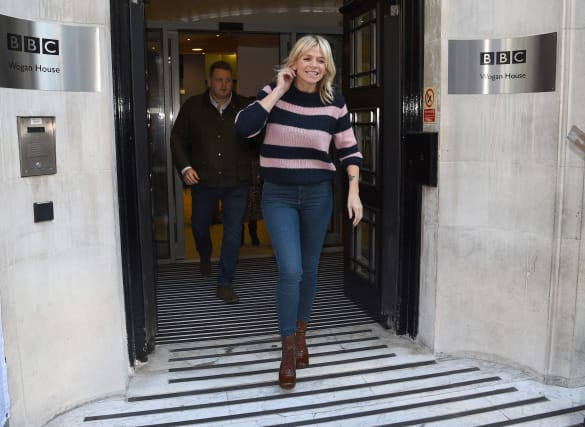 The BBC’s Radio 2 Breakfast Show listener figures appear to have plateaued after the programme shed nearly a million listeners in the first year since Zoe Ball replaced Chris Evans as presenter.

Evans bowed out from the breakfast show on Christmas Eve in 2018.

His Monday to Thursday show drew 4.9 million weekly listeners in the first quarter of the year, compared to 4.8 million in the final three months of 2019.

Digital station BBC 6 Music enjoyed its highest ever quarter across the whole station at the start of the year, climbing to 2.6 million weekly listeners compared to 2.5 million at the start and end of last year.

The figures cover the time of the 6 Music Festival, which was held in Camden in early March and featured performances from Brittany Howard, The Selector and Roisin Murphy.

Any impact of the coronavirus lockdown will be more evident in the next set of figures, which will cover the second quarter of the year.

James Purnell, director of BBC radio and education, said: “It’s wonderful that listeners have granted BBC Radio 6 Music the top spot as the UK’s biggest digital-only station by tuning in in record numbers.

“It’s no surprise that the station’s brilliant presenters and talented teams are proving a winning formula with their love and passion for music.”